Currency.com has revealed that the cryptocurrency trading platform was the target of a large hacking effort after the suspension of its activities in Russia last week.

It was announced on April 17 that the cyber-attack was infective and that Currency.com’s servers, cyber security systems, and all customer data were not compromised as a result of the failure of a ‘distributed denial of service (DDoS)’ cyber-attack against it on Tuesday, April 12.

A DDoS attack occurs when hackers assault a platform with numerous requests for its services, causing the platform’s infrastructure to break down. Ukraine’s President, Volodymyr Zelensky, has previously said that Russian hackers had attacked the country’s military ministry and financial sector with DDoS operations.

“Currency.com has identified security as a big concern for investors when choosing a trading platform. We are a global business whose executives have years of experience in creating transparent, secure and powerful trading systems. Thanks to Currency.com’s robust security measures, we were able to thwart the attempted DDoS attack. All our servers, systems and client data remain intact and uncompromised.” .”

The cryptocurrency trading site Currency.com was one of the first big crypto trading platforms to pull out of Russia after the Russian army’s invasion of Ukraine.

Other cryptocurrency exchanges, such as Binance and Coinbase, have opted to continue operating in Russia, but only with the restriction of providing services to sanctioned persons and organizations.

Prokopenya stated that the customer service employees of his cryptocurrency platform had been inundated with abusive calls and death threats after the site chose to cease its operations in Russia.

Finally, Currency.com added in a statement that it would continue to test and improve its systems and procedures in order to guarantee that it remains strong and resistant to future cyber-attacks in the years ahead.

The company firmly opposes the conflict in Ukraine and has donated more than $1 million to humanitarian organizations in the country. 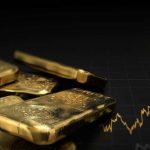