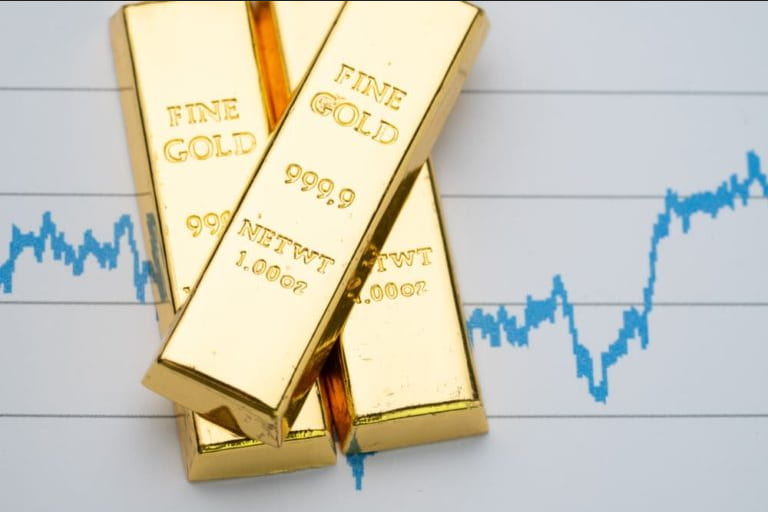 Gold futures have surged on Thursday in the wake of skyrocketing United States inflation that hit 6.2%, the highest level in three decades.

The precious metal has continued with its impressive run after gaining 1% on Wednesday, also garnering support from a strong dollar.

According to Aakash Doshi, a Citi strategist, the metal is likely to test the $1,900 level if the prices hold around $1,850 this week as it will attract new investor inflows.

“Concerns about more persistent inflation or even the potential for stagflation is buttressing inflation hedge demand for TIPS, gold, and crypto, which could continue thematically in the short-term as November CPI should keep showing underlying strength,” said Doshi.

However, Citi’s projections indicate that the current gold rally might be short-lived. The firm has raised its gold price target by 11% to $1,900 an ounce. According to Citi, the price will likely correct in the fourth quarter to $1,800 an ounce from $1,700. Citi expects gold to be bearish for the second half of 2022 through 2023.

As we previously reported, amid rising inflation fears, there was a net outflow of 25.5 tons (-$1.4 billion, -0.7% AUM) from gold-backed ETFs in October. Notably, both Europe and North America recorded outflows of almost comparable size that were offset by inflows in Asia.

Worth noting is that European outflows emerged partly due to increased expectations of interest rate rises before the end of 2022.

The inflation fears have also spilled over to leading indices in Europe. Despite FTSE 100 recording a 20 month high on Thursday, the index continues to underperform compared to peers like the S&P 500. In the early hours of Thursday trading, the index surged 0.3%, trading above the Simple Moving Average (SMA14) for the last six months.