Despite the European Central Bank’s commitment not to hike interest rates, gold exchange-traded funds (ETFs) markets looked to be reacting to inflation levels that had not been seen in decades.

In October, there was a net outflow of 25.5 tons (-$1.4 billion, -0.7% AUM) from gold-backed ETFs, according to the latest data from the World Gold Council. Both Europe and North America had outflows of about comparable size, which were somewhat offset by inflows in Asia.

In particular, global gold ETF holdings dropped to 3567 tons ($203 billion) during the month, marking a new low for the year-to-date (YTD), as investor enthusiasm for gold in the ETF market waned after price falls in August and September.

Gold ETFs in North America and Europe significantly contributed to the month’s withdrawals, with the largest funds in each area accounting for the majority of the total.

Approximately 14.7 tons (-$817 million) in withdrawals were recorded in North American funds, mostly due to losses from big US funds, which were likely influenced by options market activity around expiration in mid-October.

The UK and France again topped European outflows, which totaled 12 t ($703 million). Despite the fact that the Federal Reserve started reducing bond purchases this month, only short-dated Treasuries were affected ahead of the announcement, with no real effect on gold.

Despite the European Central Bank’s assertion to the contrary, outflows from Europe occurred as a result of increased expectations of interest rate rises before the end of 2022 in the face of decades-high inflation. While net inflows were positive in previous months, net outflows in low-cost ETFs were $133 million (-2.4 t), as certain US low-cost funds followed the regional pattern.

Elsewhere, Wheaton precious metals CEO Randy Smallwood says inflation is becoming a significant threat and is now playing a vital part in the procurement of commodities.

“Those are the core materials that we build all of our products from. And so, there’s no doubt that inflation is becoming a greater and greater risk as we go forward. And it’s going to play into it. I will say that right now because the commodity prices have climbed substantially,” he said.

“North America and Europe experienced nearly identical ETF outflows this month, which outweighed record inflows in Asia. Those outflows are primarily a result of central bank policy. While the US Federal Reserve began tapering bond purchases this month, it had limited influence on gold. Meanwhile, despite the European Central Bank’s pledge against interest rate hikes, investors appeared to react to decades-high inflation.”

In contrast, Asian-listed funds had inflows of 1.3 t ($74 million), led by China, whose holdings increased to record highs as a result of worse economic indicators and mediocre performance in the local equities markets.

Gold closed the month with a 1.5% gain, closing about $1770 per ounce. It is suggested by the World Gold Council’s monthly return attribution model that gold’s climb in October was driven more by rising inflation expectations as shown by breakeven rates than by rising nominal interest rate yields at the same time.

As a result, US real rates fell to their lowest level since early August, and the dollar fell, especially versus commodity-driven currencies. As a result of worldwide energy constraints and increased winter demand in Europe and North America, US inflation forecasts jumped to their highest level in eight years.

Despite its strongest month since July, gold is still down over 6% for the year due to adversities in 1Q21 and 3Q21. September’s daily gold trade averages climbed marginally to $151 billion but remained below the YTD average of $159 billion. 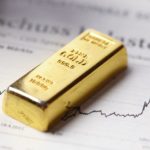