The broader markets were hit with various macroeconomic challenges in 2022, creating large declines in the technology sector, among others. However, it seems that the cybersecurity software industry kept growing despite a decline in investments in the sector as a whole.

Namely, the growth of the cybersecurity unicorns in the first half of 2022, if sustained, could lead to an all-time high, dwarfing 2021’s 36 unicorns, according to data supplied by AtlasVPN.

Despite the growth in new cybersecurity unicorns, global cybersecurity funding dropped by 32% quarter-on-quarter (QoQ) in Q2 2022, to $4.4 billion, the lowest number since 2020 as per the latest report on the state of cybersecurity Q2 2022. Also, in more than a year, the mega-round, investments of over $100 million, dropped, to below 50% of the total funding raised.

During the first half of 2022, a total of 19 companies valued at $1 billion or more were produced in the cybersecurity industry. This trend had its origins in 2021 when the number of cybersecurity unicorns from 2020 to 2021 grew by 500% year-on-year (YoY). Apparently, the shifts in remote work and online education were the main drivers of this trend.

Overall, the ‘births’ of unicorns fell by 27% QoQ, followed by a drop in merger and acquisition (M&A) deals by 16% QoQ, possibly reflecting the tougher public market conditions. However, the unicorn herd has now grown to 74 companies in total at the end of Q2 2022.

Besides the $1 billion valuations, there were notable exits in the cybersecurity industry, which were mostly a result of M&A activity, with the most notable one occurring in May, when Broadcom (NASDAQ: AVGO) acquired VMware (NYSE: VMW) for $69 billion.

The second notable deal occurred between Thoma Bravo, a software investment group, acquiring SailPoint, a leader in enterprise identity security, in an all-cash transaction valued at $6.9 billion in April 2022.

In the end, despite the challenging macro environment, raging inflation, and numerous other worries, the security software market seems to be booming. There are reductions in funding, but unicorns’ growth appears to be continuing unabated. If the trend extends in the second half of 2022, it will be a record year for cybersecurity unicorns. 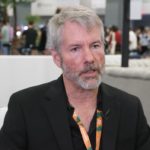