Decentralized finance (DeFi) economist at blockchain firm Consensys David Shuttleworth has suggested that Ethereum (ETH) is now ‘the foundation of the internet,’ a factor validated by the recent Merge upgrade that transitioned the network to a proof-of-stake (PoS) protocol.

According to Shuttleworth, Ethereum can power more businesses while referencing the network’s ability to process more transactions than established platforms like Visa (NYSE: V), he said during an interview with Kitco News on October 6.

He pointed out that Ethereum is in a position for mass adoption, citing qualities like guaranteed security for users.

“I’m by no means an Ethereum maximalist. I am much a fan of the multi-chain world, but I think that Ethereum serves as that settlement layer. <…> You know Ethereum settled more transactions than Visa year-to-year over the last year. I think one of those things where mass adoption with Ethereum just because of the security and the value locked into it is going to be a driver of people using it to do business,” Shuttleworth said.

However, Shuttleworth acknowledged that Ethereum still faces competition from other projects that also present strong use cases in sectors like DeFi.

At the same time, Shuttleworth noted that the ongoing macroeconomic factors are hampering Ethereum’s ability to attract massive capital inflow and adoption.

“Macro conditions need to calm down before we see almost mass adoption and mass inflow into the ecosystem.<…> Increasing interest rates can have a silver lining for DeFi and that, particularly with Ethereum, assuming that network transaction pace heats up a little bit I think you will see it starts to become deflationary. When it becomes deflationary, that’s when it becomes super attractive to institutions,” he added.

Notably, following the Merge upgrade, it was projected that Ethereum would likely record an increase in the number of institutions, with the asset becoming deflationary.

However, the value of Ethereum and the general crypto market have been outweighed by prevailing elements like high inflation and the threat of continued interest hikes.

For instance, on October 3, Finbold reported that Ethereum’s market capitalization had plunged by almost 20% since the September 15 Merge upgrade. 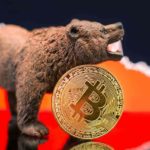