Despite making gains at the start of 2023, Bitcoin (BTC) is still trading in the shadow of the 2021 bull run, a factor that can presumably affect its supply. However, new data indicates that the extended bear market has not significantly impacted Bitcoin’s supply.

In particular, a record 48.25% of all Bitcoin has not been moved or transacted in over two years, according to data from crypto analysis firm Glassnode as shared by Documenting Bitcoin.

It’s worth noting that the amount of unmoved Bitcoin is determined by how much BTC has remained illiquid from wallets over a given period in comparison with its total supply. However, the latest record high is moving contrary to the cryptocurrency’s price trajectory.

Notably, with almost half of all Bitcoin remaining unmoved, it can be interpreted in several ways, such as the asset building momentum toward becoming digital gold and, consequently, a store of value. This is a significant development for Bitcoin and the general cryptocurrency market, as it indicates a growing level of long-term confidence and stability among investors.

At the same time, the data indicates that investors are opting to hold the asset despite different phases of market price movement. For instance, it would have been assumed that with Bitcoin reaching an all-time high in 2021, most holders would have opted to cash out.

Interestingly, the bear market has presented an opportunity for long-term believers to buy in the dip.

At the same time, the dormant Bitcoin coincides with a period when the asset witnessed increased institutional adoption. Institutions have ventured into Bitcoin with a long-term goal, partly helping the asset increase its valuation.

However, lost Bitcoin could also be contributing to the unmoved stockpile. In some cases, investors no longer have access to their Bitcoin due to the owner passing away or losing access to private keys.

Finally, the illiquid Bitcoin can hint at what to expect in terms of price movement. Notably, if the asset remains unmoved for a long, the market might experience some stability while selling or transacting points to increased chances of volatility. 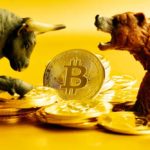 Over $70 billion pumped into Bitcoin this week; More buying power ahead?