Dogecoin (DOGE) has received a great deal of attention recently as a result of Elon Musk’s proposed takeover of the Twitter (NYSE: TWTR) platform.

Twitter is on pace to negotiate an agreement with Elon Musk as soon as today, according to Bloomberg sources familiar with the matter on April 25.

A direct consequence of this, the price of the dog meme cryptocurrency has skyrocketed, rising from $0.1248 to a high of $0.1374 in less than an hour, and from $16.56 billion to $18.64 billion in an hour, according to CoinMarketCap data.

Currently, Dogecoin is trading at $0.1406 up 6.08% in the last 24 hours and 3.33% across the previous week, moving the coin into the top ten cryptocurrencies by market cap.

However, since then the price of DOGE has declined along with the broader crypto market especially given that Bitcoin plunged below $40,000 taking the majority of the altcoins down with it.

Given that no agreement has been reached as of yet, but that Twitter is said to be in the final stages of negotiations with Musk about a possible sale, there is still potential for further growth for the dog meme coin if a deal is reached, particularly considering that users expect Musk to integrate Dogecoin into the Twitter platform. 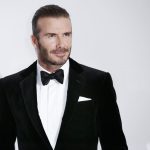