Through his Twitter account on June 2, Markus termed all BSC tokens as ‘garbage’ while taking an issue with BSC Gem, noting that it does not exist. He insinuated that BSC fails to meet the decentralized status while asserting that such a network should not exist.

The computer scientist also observed that accounts hyping BSC Gem are either scam bots run by individuals he termed as ‘a scumbag or an idiot’.

Previously, the co-founder has hit out at crypto investors for lacking sufficient knowledge about the sector before putting money into different projects.

As reported by Finbold, Markus claimed that 70% of crypto investors have “absolutely no clue” and have no understanding of market fundamentals.

Towards the end of May, he had projected that at least 99% of existing cryptocurrencies would likely crash in value back to zero.

DOGE co-founder hits out at Do Kwon

Notably, Markus objection to the crypto space follows the recent crash of Terra ecosystem, where investors lost a significant share of their investments. The DOGE co-founder took issue with Terra founder Do Kwon asking him to leave the crypto industry for good.

Markus believes recent efforts by Kwon’s to revive the network through the LUNA 2.0 project is a plot to con more victims.

Besides being behind one of the most successful crypto assets over the past year, Markus had earlier claimed that he no longer invests in the sector.

As a reason behind his abandoning the crypto space, Markus stated that after a keen review of the market, he discovered most investors lack the basic knowledge and just gamble with their investments. 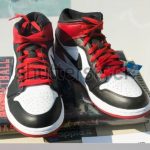