On the menu, the restaurant will offer a beef burger, chicken burger, mushroom Swiss burger, a charcheese, and garden burger alongside hot dogs.

Customers can place orders through the restaurant’s website, where the cost of the burgers will range from Dhs35 to Dhs50.

According to the founders, the initial capital used to open the restaurant is from profits emanating from early Dogecoin investments. The restaurant seeks to capitalize on the growing shift towards cryptocurrency payments across the United Arab Emirates.

Notably, businesses have been accepting crypto payments in UAE as early as 2014, and more operators have been setting up shop in the region, launching various crypto-related products.

The launch of Doge Burger highlights the impact of DOGE’s meteoric rise in value over the past year. Although the token was criticized for lacking utility, DOGE as a payment mode is likely to drive more adoption.

Following the rise in value witnessed in 2021, most countries are warming up to DOGE, mainly inspired by the prospects of embarking on another bull run in the near future.

In this line, the United States emerged as the most pro-Dogecoin nation globally as of 2021, with 31.6% of cryptocurrency owners in the U.S. holding the meme cryptocurrency. Australia emerged second at 29%, followed by Norway at 27.4%.

By press time, DOGE was trading at $0.13, dropping by almost 10% over the last seven days. The tokens have experienced widespread market volatility that has accelerated in 2022.

Despite the correction, DOGE continues to attract interest within the crypto community, with investors looking for the token’s next all-time high. Following developments like increased utilization as a payment option, DOGE might hit the $0.5 mark by the end of 2022. 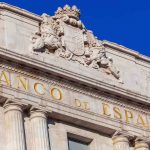 The Bank of Spain seeks intense surveillance of the crypto market