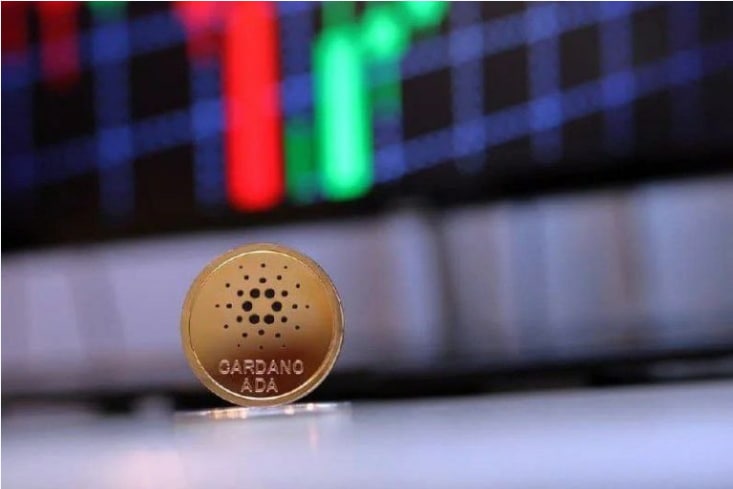 Cardano (ADA) looks set to double bottom near its support level before climbing back to the highs it reached a few months ago, according to the latest technical analysis by prominent crypto trading analyst Michaël van de Poppe.

The double bottom pattern will appear when two valleys or “bottoms” have developed after a long decline, indicating that the selling pressure might end, and a reversal is likely to begin.

Evidently, the last time ADA hit a clear double bottom, it climbed to around the 6,000 sats zone; notably, Poppe states that he is more interested in the price reaching the 3,000 sats zone for an entry point.

Currently, Cardano is trading at $2.12, down 0.8% in the last 24 hours and down 2.11% in the previous seven days, with a market capitalization of $69.7 billion, according to CoinMarketCap.com.

Despite the project’s latest announcements, the digital asset’s overall momentum remains negative, in direct opposition to the market’s upward trend. As the price of Bitcoin (BTC) has risen this week, other cryptocurrencies have followed suit.

A resurgent cryptocurrency market was anticipated to propel ADA to new highs. However, there has been no noteworthy recovery for the asset thus far.

Elsewhere, the $100 million investment in cryptocurrency-focused initiatives made by EMURGO during the Cardano Summit in September was one of the most significant announcements made at the event.

With substantial investments in several startups based in Africa, the Cardano Foundation’s commercial arm has established a strong presence on the continent. Cardano would provide support for these startups in various forms, ranging from financial to instructional, depending on their specific need.

Whatsmore, ADA has concentrated its efforts on initiatives based on the blockchain — owing to the fact that, after the introduction of smart contracts functionality on the network, the next step was to encourage developers to deploy their apps on the ecosystem.

Correspondingly, through EMURGO, Cardano has invested in a number of startup ventures to increase the adoption of blockchain technology. For the time being, the initiative has focused its eyes on Africa, which is emerging as a center of crypto innovation.

By the same token, it intends to provide the projects with the necessary boost in order to integrate their initiatives into the ecosystem.

Hoskinson on tour in Africa

Meanwhile, Cardano founder Charles Hoskison ended his two-week social media hiatus, which he had declared after the conclusion of the Cardano Summit, by tweeting his intentions for the future.

“Just got back from Wyoming, and I’m ready for this upcoming week. Heading to Africa soon- starting in South Africa all the way up to Egypt. Let’s go change the world together.” he wrote.

Hoskinson aims to capitalize on Africa’s reputation as a hotbed of cutting-edge cryptography. Thus, the ADA founder intends to meet with the startups developing on the Cardano network and, with the guidance of his team, give them any support they may need in the form of financial or educational assistance.