As the cryptocurrency industry and the metaverse expand around the globe at an unprecedented rate, the authorities in Dubai are seeking to usher the most populous city in the United Arab Emirates (UAE) into a new era.

Indeed, the Dubai Crown Prince Sheikh Hamdan bin Mohammed has launched a plan to support as many as 40,000 additional virtual jobs in the metaverse sector, as well as adding $4 billion to the GDP of the capital of the Emirate of Dubai, Bloomberg’s Leen Al-Rashdan reported on July 19.

With this plan, Dubai is looking to join the world’s top 10 metaverse economies, as well as develop global standards in building safe and secure platforms for users, along with infrastructure and regulatory framework that would accelerate the adoption of these technologies, as the state-run WAM news agency said.

The news agency also highlighted that :

“The strategy emphasizes fostering talent and investing in future capabilities by providing the necessary support in metaverse education aimed at developers, content creators and users of digital platforms in the metaverse community.”

According to Sheikh Hamdan, who announced the move on his Twitter account on July 18, the goal is to support innovation and grow the city’s existing metaverse and blockchain stack that already counts over 1,000 companies and adds $500 million to the domestic wealth.

“We launched the Dubai Metaverse Strategy today, which aims to foster innovation in new technology. Dubai is home to over 1,000 companies operating in the metaverse and blockchain sector, which contributes $500 million to our national economy.”

Meanwhile, Dubai is becoming known for its ambition to become a crypto hub, already having issued the virtual asset license to Binance, the world’s largest cryptocurrency exchange, as Finbold reported in mid-March.

On top of that, DAMAC Properties, a leading luxury real estate developer in Dubai, announced in late April that it would support the digital economy by enabling the conversion of crypto to fiat, as well as selling real estate to wealthy holders of Bitcoin (BTC) and Ethereum (ETH). 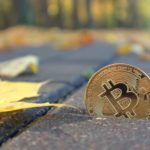