The Netherlands’ Authority for the Financial Markets (AFM) has begun working with the Dutch bank ING on a prospective trial of its Decentralized Finance (DeFi) peer-to-peer (P2P) lending program as part of the AFM sandbox.

Notably, ING’s Chief Innovation Officer, Annerie Vreugdenhil, said during a presentation at the Singapore Fintech Festival that Bitcoin and other ‘volatile’ assets will not be accepted as collateral for the application, as per Ledger Insights.

ING released a paper on DeFi earlier this year, which focused on the permissionless Aave peer-to-peer lending protocol. During the month of July, it became evident that Aave was working on a permissioned lending pool aimed at institutions and would be called Aave Arc.

The permissioned lending protocol was introduced in September by digital asset custodian Fireblocks, which counts BNY Mellon among its investors and customers. Fireblocks proposes to operate as a “whitelister,” which is to say, it would ensure compliance with the protocol.

Aave’s permissionless version lets users deposit and earn interest on stablecoins or cryptocurrencies such as wrapped Bitcoin or Ether. An example of collateralization would be for a borrower to submit a volatile cryptocurrency as collateral and then borrow stablecoins against that crypto for up to 85% of the value.

In particular, Vreugdenhil informed the company’s solution would not allow Bitcoin and may also prohibit volatile cryptocurrencies.

“We are looking into peer-to-peer lending in a DeFi kind of setup. But then not on Bitcoins.”

She did, however, point out that Bitcoin proved that a standardized type of collateral is effective:

“What is interesting to us is how you can probably create peer-to-peer lending or open up lending capabilities with different kinds of collateral. So with different ways of doing this rather than with volatile Bitcoin.”

This raises the issue of what additional standardized forms of assets may be made available in the future. Securities, commodities, and currencies for foreign exchange are the most apparent options.

Lastly, another project in development by ING is a digital asset custody platform, Pyctor, that will target security tokens traded on both public and private blockchains as a project that provides a decentralized approach for custody management. 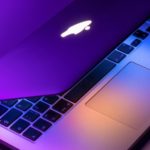 Apple trails HP and Dell as the third most popular laptop brand in the U.S.