European Central Bank President Christine Lagarde has continued to raise concerns regarding the growth of cryptocurrencies and their threat to the traditional banking system.

According to Lagarde, the growth of cryptocurrencies has the ability to hinder the role of central banks to act as an ‘anchor’ of the economy while warning that digital assets can lead to the free banking era.

She noted that banks need to be involved in matters related to experimenting with digital solutions while pushing for lenders to respond to the demand for digital payments to sustain the anchor role.

“We central bankers have been operating as a monetary anchor concerning the commercial banks and the private money. If we are not in that game, if we are not involved in experimenting, innovating, or digital central bank money, we risk losing the role of anchor that we have played for many decades.”

“And we have historical examples of periods when the central bank monetary anchor was not there, precipitating crisis after crisis. That certainly was the case at the time of free banking in the 19th century. Do we want to go back to those days? Probably not.”

The ECB boss, who was speaking in a panel discussion about digital finance, has since been a critic of cryptocurrencies, noting that they have no value.

The session was also attended by Federal Reserve Chair Jerome Powell, who delved into developing a central bank digital currency (CBDC) while highlighting that the product would not be anonymous. He shared four ideal characteristics of a possible CBDC.

“First is intermediated. The second is private privacy protected, but the third is identity verified, so it would not be anonymous. It would not be an anonymous bearer instrument. And fourth is transferable or interoperable,” said Powell.

Notably, most jurisdictions are pushing for the regulation of cryptocurrencies in a bid to curb the growth of private digital assets. In this case, the focus has been placed on rolling out CBDCs to counter the growth of assets like Bitcoin (BTC). 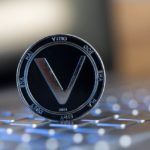