Tesla (NASDAQ: TSLA) CEO Elon Musk is the latest high-profile individual to comment on the FTX crypto exchange crisis and its troubled founder Sam Bankman-Fried. In this line, Musk has shared his impression of Bankman-Fried, who is at the center of the alleged misappropriation of customer funds.

In a Twitter Space, Musk reportedly told over 60,000 listeners that he had initially never heard of Bankman-Fried, but when he got a chance to speak with him, something did not seem right, CoinDesk reported on November 12.

Musk’s interaction with Bankman-Fried centered around the Twitter (NYSE: TWTR) acquisition deal in which the FTX founder had expressed interest.

“To be honest, I’d never heard of him. <…>But then I got a ton of people telling me [that] he’s got, you know, huge amounts of money that he wants to invest in the Twitter deal. And I talked to him for about half an hour. And I know my bullshit meter was redlining. It was like, this dude is bullshit – that was my impression,” Musk said.

In the November 11 Twitter Space, Musk added that despite major industry players praising Bankman-Fried, he remained skeptical regarding his potential to come through in the deal.

“Then I was like, man, everyone, including major investment banks – everyone was talking about him like he’s walking on water and has a zillion dollars. And that [was] not my impression. <…>That dude is just – there’s something wrong, and he does not have capital, and he will not come through. That was my prediction,” Musk added.

Notably, the collapse of FTX has sent shockwaves into the cryptocurrency market, with most digital assets correcting significantly.

The future of crypto

With the threat of further correction, Musk has stressed that the crypto space is here to stay but called on investors to store their assets in cold storage instead of exchanges.

“I think there probably is a future for Bitcoin (BTC), Ethereum (ETH), and DOGE. I can’t really speak to the others. But if you’ve got one of those three in a cold wallet, and off an exchange, I think my guess is it works out well,” he said.

The market correction was triggered after the FTX exchange’s native token FTT, at some point, plunged by over 80%, wiping out about $2.5 billion in market capitalization.

In the meantime, regulators have already launched an inquiry into the FTX collapse. 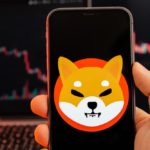