The historic Merge upgrade resulted in anticipation regarding Ethereum’s (ETH) prospects for the future with the possibility of attracting new users to the platform. However, with the prevailing market downturn, the initial stages of the Merge have failed to live up to the expectations with the asset recording capital outflow.

In particular, as of October 3, Ethereum had a market capitalization of $195.89 billion, representing a loss of 19.22% from the $158.23 billion recorded on September 15, when the Merge officially took place. Over the period, the asset has lost about $37.66 billion, according to CoinMarketCap data.

At the same time, the capital outflows are reflected in Ethereum’s price, which has steadily plunged while struggling to stay above $1,300. By press time, the decentralized finance (DeFi) asset was trading at $1,290, a drop of over 23% from the $1,590 recorded on September 15.

The Merge was expected to drive more interest in Ethereum after the network officially transitioned to the Proof-of-Stake (PoS) protocol. The upgrade is meant to make Ethereum a deflationary asset and potentially attract institutional capital.

Therefore, the outflow in the capital is among the indicators highlighting that the Merge is yet to have a huge impact on Ethereum. However, proponents believe the upgrade will have a long-term effect considering it’s just part of Ethereum’s more extensive roadmap.

However, the projections have not been realized as Ethereum, and the general crypto market continues to battle the prevailing macroeconomic factors that have outweighed equities and cryptocurrencies. Notably, the Merge has turned out to be a ‘buy the rumor sell the news’ event.

Furthermore, Ethereum is facing regulatory uncertainty based on its possible classification as a security. Notably, Securities Exchange Commission (SEC) chair Gary Gensler recently noted that PoS assets could lead to anticipation from investors who might intend to make profits. Therefore, following the Merge, a section of investors are expecting Ethereum to be SEC’s next target.

It is also important to note that after the Merge, a section of the crypto market suggested that Ethereum might flip Bitcoin (BTC) in market capitalization to become the ultimate hedge against inflation. However, the capital outflow appears to dim this projection.

In the meantime, investors are closely monitoring Ethereum for the next price action considering the value has remained steady despite the prevailing market conditions. 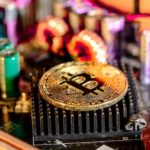