In a new study published this week, merchant services company Total Processing used YouTube’s data over the last 12 months to calculate the most viewed crypto-centric content on the video-sharing site. The analysis revealed that Ethereum captured more views than the flagship cryptocurrency in the past year.

The data revealed that Ethereum videos were viewed 231 million times on YouTube. At the same time, bitcoin only had 199.9 million views, essentially making the second-largest cryptocurrency by market cap the most popular digital coin on the platform.

Total Processing released the study’s result as the price of Ethereum surges by 175% this year. Over the past 12 months, the price of the cryptocurrency already increased by 1,156%.

ETH and the Ethereum blockchain

Decentralized Finance (DeFi) uses smart contracts to remove intermediaries like banks and brokerages in financial transactions. Ethereum is also the underlying technology in non-fungible tokens (NFTs), digital assets such as virtual pets, and artwork with unique crypto properties that can be verified on the blockchain.

“I think the applications leveraging smart contracts and extensions on Ethereum will dwarf Bitcoin,” he said in the Unchained podcast.

The billionaire revealed that he now owns more ethereum than bitcoin. 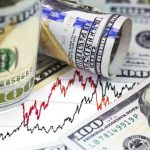