Ethereum (ETH) looks to be following the general direction of the cryptocurrency market lately, and with Bitcoin’s (BTC) recent drop below $40,000, ETH’s price has fallen in tandem.

Nevertheless, despite its recent drop in price demand and adoption of crypto continues to rise, while supply is decreasing, according to Bloomberg senior commodity strategist Mike McGlone.

Indeed, McGlone shared his thoughts via Twitter on April 27 regarding the DeFi asset claiming Ethereum’s position at the center of digitalization of banking and money may serve as a foundation for additional price rises in the near future.

“Ethereum – 21st Century Finance Building Block: BI Crypto Demand and adoption are increasing, supply is declining and Ethereum’s position at the epicenter of the digitization of finance and money may be a foundation for further price appreciation,” he said.

Ethereum is becoming the internet’s collateral

Notably last month the senior commodities analyst suggested that the price of ETH will continue to go up as it is “becoming the internet’s collateral.”

McGlone stressed the relevance of Ethereum since it is the “denominator” for non-fungible tokens (NFTs) and a prominent network in the tokenization of assets.

Interestingly, the cryptocurrency may be nearing its bottom, according to the most recent statistics provided by IntoTheBlock.

“Despite the recent drawdown, the two top assets by market cap are still showing a strong bottom as the majority of the holders are in profit.” 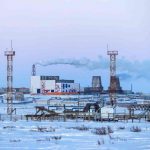