The National Bank of Ethiopia (NBE) has issued a proclamation declaring that all financial transactions in the nation must be paid in the nation’s currency, the Birr, unless otherwise permitted by the bank.

Furthermore, NBE claimed in a statement released on Monday, June 6, that the usage of cryptocurrencies such as Bitcoin was growing more common despite the fact that it is against the law and considered ‘illegal,’ according to the Ethiopian outlet Addis Standard.

In particular, the bank declared that it never gave permission for cryptocurrencies in the country and warned that those who are using them would face repercussions.

Indeed, the central bank issued a warning that virtual currencies are being utilized in Ethiopia to carry out unofficial financial transactions as well as schemes involving the laundering of money.  It was also said that crypto was providing ideal circumstances for the concealment of illegal cash.

As per a thread by the first private radio station in Ethiopia, Sheger 102.1 FM, the bank stated, “the public is aware of the illegality of this act and urges them to report it to the National Bank and the relevant law enforcement agencies.”

Farhan Jimale also noted that Bitcoin was growing prevalent despite the country’s laws.

Interestingly, no money transfers or other financial services may be conducted in Ethiopia without first authorization from the National Bank of Ethiopia, as stated in the Payment System Proclamation No. 718/2003.

The National Bank of Ethiopia does not recognize the usage of virtual money for trade or payment; thus, the bank believes that the public should be safeguarded from such illicit operations as much as possible.

Notably, the NBE appealed to the general public, asking them to desist from engaging in any transaction involving digital currencies and to inform the appropriate authorities if they saw any unlawful financial dealings.

It’s worthwhile mentioning the news comes about just as Octagon Networks, a cybersecurity company operating mainly out of the Ethiopian capital of Addis Ababa, announced that it “has finished the process of converting its liquid assets and entire balance sheet into Bitcoin.” 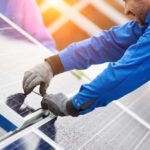