European Union legislators won’t vote on the Markets in Crypto Assets (MiCA) legislation until February 2023, likely to result in additional delays in the implementation of the groundbreaking licensing system for cryptocurrency businesses operating inside the EU.

Due to the length and complexity of the document, an earlier preliminary plan that called for the vote to take place during the plenary session of the parliament in December has been scrapped, according to a representative for the European Parliament CoinDesk reported on November 4.

In June, the basic framework of the law that establishes reserve criteria for stablecoins in order to prevent a collapse such to the one that occurred with TerraUSD was adopted, and in October, the complete text of the legislation was released.

However, in order for the document to become legally binding, it will need to get approval from EU parliamentarians as well as the member governments that make up the EU Council.

MiCA law needs to be drafted in 24 languages

Legal actions that are required to comply with EU processes, such as the MiCA, which was drafted in English, must be made accessible in each of the 24 official languages used by the EU.

The provisions of the legislation compel crypto firms, like as wallet providers and exchange platforms, to obtain approval from national authorities. The legislation also stipulates that these platforms will begin to apply between 12 and 18 months after the final law is published in the Official Journal of the EU. This is an event that was initially scheduled to take place in the spring of the next year, but it seems that it will be delayed.

Notably, Finbold reported back in August that European Commission’s (EC) technological innovation and cybersecurity policy adviser Peter Kerstens said that the MiCA bill becomes law, it would introduce multiple changes to the market, including strict requirements aimed at preventing collapses like Terra (LUNA)’s, as well as treating non-fungible tokens (NFTs) like crypto. 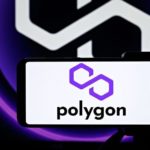