As the cryptocurrency market expands at an unprecedented rate and digital assets such as Bitcoin (BTC) and Ethereum (ETH) become more commonplace due to, in part, investors ditching fiat, concerns have arisen among major European regulators over what this means for the stability of traditional finance.

According to the ESMA:

“Due to their volatile growth cycles, and as long as relevant regulatory provisions do not apply, crypto-assets entail numerous risks which may in future become relevant for financial stability.”

In the report, the regulator admitted that “at present, crypto-assets are still small in size and their interlinkages to traditional markets are limited,” but that “this situation may change as market growth can occur suddenly, and risk transmission is possible through various channels.”

The regulator does admit that the volatility in the crypto market hasn’t yet carried over into mainstream finance but that this possibility shouldn’t be overlooked:

“Until now, turmoil in the market for crypto-assets (much of which can be attributed to the inherent vulnerabilities in the market structure and underlying technology) has not spilled over into traditional financial markets or the real economy. However, spillovers may occur, depending on how current risks can be contained and how interlinkages between both systems will develop.”

For these reasons, the ESMA stressed the necessity of continuous monitoring of the cryptocurrency sector and its interconnectedness with the wider financial system.

Other authorities’ concern over crypto

Meanwhile, the ESMA isn’t the only financial authority that is worried about the effect of crypto on traditional financial systems.

As it happens, Christine Lagarde, the President of the European Central Bank (ECB), herself has expressed fears that the growth of crypto could represent a threat to the traditional banking system, as Finbold reported.

Elsewhere, the governor of the United States Federal Reserve, Michelle W. Bowman, has also raised concerns over multiple issues connected to cryptocurrencies that, according to her, pose risks for the banking sector and open questions over their regulatory outlook. 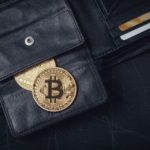