As high inflation numbers are being reported around the globe, followed up by menacing headlines on macroeconomic hardships, countries seem to be pushed into ‘technical’ recessions.

Among the areas most affected by this phenomenon is the eurozone area, where inflation is now measured in double digits for the first time since WWII. Year-on-year (YoY), the consumer price index (CPI) rose 10% in September compared to 9.7% seen in August.

While energy is one of the main culprits, rising 40.8% YoY, the steady cutbacks of natural gas deliveries from Russia to the EU and softness in supply chains caused by the still recent Covid-19 lockdowns have pushed companies to the brink of profitability. 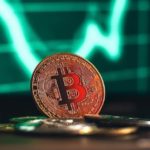 Furthermore, high utility, food, and fuel costs are leaving consumers with less money to save, invest or spend on other things, which could, in turn, cause a more severe and prolonged recession in the eurozone.

The European Central Bank (ECB) may soon find itself helpless as inflation keeps on marching. Earlier, the ECB stated that the eurozone is facing ‘severe risks’ to financial stability as the Euro weakens, which could spill into reduced investments and possibly a housing market crash due to high energy prices and high rates.

It is tough to predict anything other than another 75 basis points (bps) rate hike by the ECB in their upcoming meeting in October. During September, 10 out of 19 eurozone countries had double-digit inflation, with Estonia, Lithuania, and Latvia leading the pack with 24.2%, 22.5%, and 22.4% inflation, respectively.

Bad news follows even worse in Europe, as nations in the union seemingly have to battle for sheer survival, hoping to avoid mass protests. 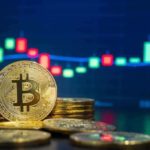