As cryptocurrencies become a heated topic of discussion across industries, worldwide, and in various jurisdictions, the United States Federal Reserve continues to address issues, particularly around stablecoins and central bank digital currencies (CBDCs).

Specifically, the Fed’s Vice Chair Lael Brainard gave testimony on the issue on May 26 before the Committee on Financial Services of the U.S. House of Representatives. During her speech, she expressed in detail her views on physical currency, CBDCs, and stablecoins.

Cash versus new forms of money

According to Brainard, the advantage of physical currency is that it “provides the public with access to safe central bank money, exchangeable without concern for liquidity or credit risk.”

However, she also highlighted that the share of U.S. payments made in cash had dropped from 31% to 20% over only five years, with an even lower percentage for the under-45 age demographic.

Brainard believes that this warrants consideration on how to preserve ready public access to safe central bank money, suggesting the digital analogue of the Fed’s issuance of physical currency as an idea.

Stablecoins are a ‘no-no’

On the other hand, the Fed’s Vice Chair criticized the idea of stablecoins as not sharing “these same protections,” which “could reintroduce meaningful counterparty risk into the payments system.”

Ultimately, according to Brainard, this led to the necessary introduction of a uniform form of money backed by the national government. Hence, she surmised, “a predominance of private monies of this type could introduce consumer protection and financial stability risks.”

This is “because of their potential volatility and the risk of run-like behavior, as was demonstrated as a smaller sale in recent weeks.”

Moreover, she believes that the extensive usage of “private monies – in the form of either stablecoins or cryptocurrencies” could lead to the “fragmentation of the U.S. payment system into so-called walled gardens.”

CBDCs as the way forward

As her idea of a compromise, Brainard suggested CBDCs, which:

That said, she also said it was important to weigh and mitigate the potential risks involved with CBDCs themselves as well. 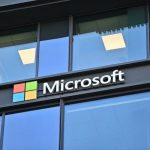