Peter Jubber, Fidelity’s president and director of digital funds, filed paperwork with the U.S. Securities and Exchange Commission (SEC) on August 26. Through the filing, he informed the regulator about a new bitcoin-dedicated fund.

Previously known as Wise Origin Bitcoin Index Fund I, LP gained incorporation in 2020. It currently operates from the same Boston headquarters where Fidelity manages $8.3 trillion in customer funds. The early documentation discloses quite little details about the fund and shows that no investor has so far participated as discovered by Forbes.

The minimum investment required to join the pooled investment fund is $100,000. Hence, it is likely meant for institutional and accredited investors only.

Fidelity recently published the results of a survey that involved 800 institutional investors from Europe and the United States.

36% of these respondents had already invested in digital assets and another 60% said that had a place in their portfolio. This survey gives an idea of how Fidelity may decide to use the newly revealed fund.

The filing is the latest development at Fidelity which shows the seriousness that it is considering bitcoin as an investable asset. Last month we have reported, that a thesis released by the financial company described Bitcoin as an aspirational store of value. This research used evidence-based on the increasing interest in the digital currency.

Bitcoin is still budding in its early stages of development, However, it did not stop Fidelity from suggesting that bitcoin has the potential to grow to unprecedented heights in the future.

One year after becoming one of the pioneer institutional supporters of Bitcoin in 2017, the company formalized its endeavors with the creation of Fidelity Digital Assets. At the time, the then Fidelity CEO, Abigail Johnson, revealed publicly that she had been mining bitcoin.

In 2019, the New York Department of Financial Services granted Fidelity a BitLicense. That license enabled the firm to run multiple crypto businesses.

Currently, it is still unclear what relationship exists between Fidelity Digital Asset and Wise Origin Funds. In the meantime, Smithfield, Rhode Island-based Fidelity Brokerage Services LLC, will work as the fund’s custodian, according to the SEC filing.

A voice recorded on Wise Origin’s answering machine refers to the firm as Wise Origin Funds. Thomas Barry, the Fidelity intellectual property vice president, filed a trademark application for that name. It is currently under review by the United States Patent and Trademark Office.

Another Wise Origin fund for $560,000 was filed in January 2020. However, that filing did not refer to bitcoin. 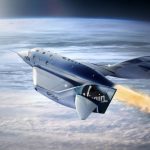