Ford (NYSE: F), one of the most successful car manufacturers in terms of sales, has recently filed several trademark applications with the United States Patent and Trademark Office (USPTO) to get ready for a possible push into the metaverse.

Licensed trademark attorney Michael Kondoudis revealed the filing in a tweet on September 7 and claimed the car giant was making a “big move” into the metaverse. The filings will cover its major brands claiming plans for virtual cars, trucks, vans, and clothing as well as online stores for non-fungible tokens (NFTs).

Notably, the filings follow from other automakers as the company is attempting to safeguard its involvement in the aforementioned space, including the provision of Ford-branded  NFTs on an NFT marketplace of its own.

In light of the fact that the corporation has previously said that it was investigating the digital world to develop new methods to grow its business, this latest move by Ford is hardly surprising. Alexandra Ford English, worldwide brand merchandising director at Ford, announced in September last year:

“Anywhere you go around the world, you find passionate Ford fans and we want to offer them an inspiring collection of merchandise and accessories, and potentially even digital products like NFTs.”

A long list of successful businesses, including several in Ford’s industry, have already incorporated these digital realms and products into their operations. Recently, the French manufacturer Renault has taken a step in this manner by signing a collaboration agreement with The Sandbox, a metaverse platform, to showcase virtual automobile experiences with products of the brand.

Other companies, like Hyundai, a vehicle manufacturer based in South Korea, are also making their way into the metaverse by showcasing some of their upcoming automobile items inside a metaverse environment. Hyundai Motor is expected to launch NFTs representing its mobility solutions which are part of the ‘Metamobility Universe,’ unveiled by the automaker at CES 2022. 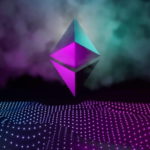 Ethereum's Merge upgrade is only days away - what's ahead for ETH?