Ford stock (NYSE: F) price has been rallying at a sharp pace amid its move towards electric vehicles in the wake of increasing demand from European and Chinese customers. The company says they are also investing heavily in US factories to improve the electric vehicle production rate.

The auto maker recently announced $100 million investment in its Kansas City Assembly Plant, with plans of adding 150 full-time jobs for the production of the all-new E-Transit.

Ford also plans to make a $150 million investment in its Van Dyke Transmission Plant while it has invested $700 million in building the all-new F-150 and all-electric F-150 at the Rouge Plant in Dearborn.

The company expects to release its Mustang Mach-E this year and the electric Transit commercial van next year. Its flagship F-150 pickup is likely to be launched in 2022. 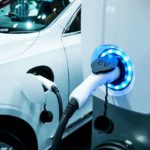 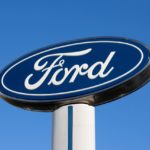 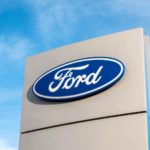 With plans of expanding EV production, the chief executive officer Jim Farley recently made it clear that Ford is seeking to make its own electric batteries.

“Absolutely, we’re discussing it as a team… We think that it’s a natural time now because our volume is really growing,” Farley said.

Ford’s stock price rallied almost 60% in the past six months, shy slightly from an all-time high of $9.50 per share. The rally in share price is also supported by the restructuring program launched by the new management.

Its automotive revenue surged 2.3% to $34.7 billion in the September quarter compared to the past year period while earnings per share of $0.60 topped the consensus estimate by $0.44 per share. The company ended the latest quarter with $30 billion in cash and $45 billion in total liquidity.

The company says its strategy of reallocating investments to pickup trucks, commercial vehicles, SUVs, and iconic passenger vehicles helped in strengthening earnings. The company expects to generate positive EBIT for the full year. 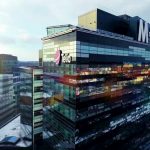