Following the Securities and Exchange Commission (SEC) threat to sue Coinbase, a Nasdaq-listed crypto-exchange, a former federal prosecutor has hit out at the SEC, saying they “will stop at nothing to control the entire crypto space.”

On Wednesday, James K. Filan, a former federal prosecutor for the United States Attorney’s Office for the District of Connecticut, remarked on the SEC’s warning about Coinbase’s Lend product.

“The SEC will stop at nothing to control the entire crypto space. This isn’t just about Ripple. Coinbase accuses the SEC of using ‘intimidation tactics behind closed doors to stop the company from launching a lending program.”

A securities litigation and government investigations expert, Filan is a member of the American Bar Association. He is also a well-known figure in the Ripple community.

As of Wednesday, Coinbase disclosed that the SEC had threatened to prosecute the firm over its loan services. Although the SEC informed the crypto exchange that it considered the Lending program a security, it did not explain why or how it came to that decision.

“The SEC told us they consider Lend to involve a security, but wouldn’t say why or how they’d reached that conclusion,” the crypto exchange said.

In response to the SEC’s warning against Coinbase, the crypto community pointed out parallels between the SEC’s action against Ripple Labs and its executives over the sale of XRP and the Coinbase threat. Ripple Labs and its management are already the subjects of a lawsuit filed by the regulator against them.

Coinbase was fast to remove XRP from its platform after the SEC filed suit against Ripple Labs, and proponents of XRP are now urging Coinbase to join in their fight against the SEC and relist XRP once again.

“The SEC’s continued warfare on crypto continues to play out. In Dec 2020, I said that we’d been having discussions with the SEC for nearly 3 years about XRP, ‘..and yet never been met with clarity.’ Sound familiar!?”

Indeed, it has long been claimed that the SEC’s action against XRP is not limited to them but rather an attack on the whole crypto sector. 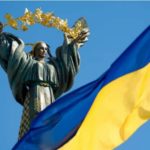