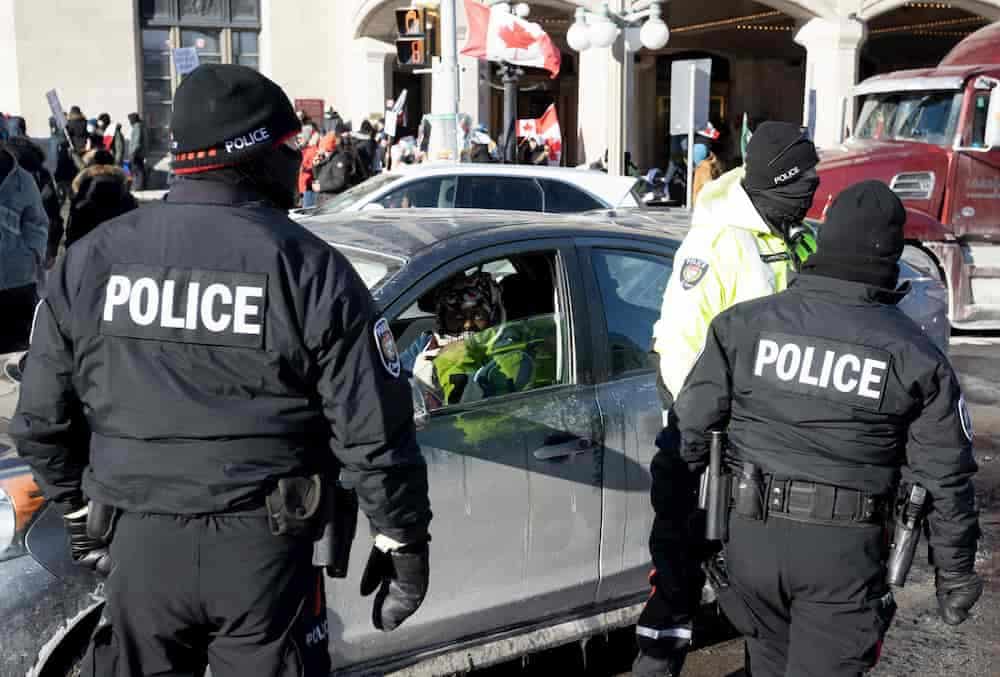 Another twist in the case of the frozen Bitcoin (BTC) linked to the Canadian truckers protesting Covid-19 restrictions in Ottawa has emerged.

Blockchain analysis has revealed the Bitcoin donated to the ‘Freedom Convoy’ has been on the move, defying the authorities’ orders to freeze the funds.

In fact, almost all of the approximately 20 BTC (about $788,000 US dollars at current rates) sent to the Tallycoin fundraiser has been moved, with just 0.11 BTC remaining, according to a CoinDesk report citing Blockchain.com statistics.

In addition, most of the 34 crypto wallets identified by the Royal Canadian Mounted Police (RCMP) as being associated with the fundraiser on February 16 have been significantly depleted, with just 6 BTC left pooled between them as per data from the Crystal Blockchain analytics system.

Can the truckers use the funds?

It remains to be seen whether or not the receivers will be able to utilize the funds to purchase products or services with them.

Whatsmore, an analysis of the public ledger shows four small amounts of the approximately 20 Bitcoin raised – each worth around 0.14 BTC – wound up at two centralized exchanges, Coinbase and Crypto.com. However, it is unclear if the assets were cashed out for fiat or remain locked on those crypto trading platforms.

A more general conclusion may be drawn from this circumstance, which highlights the limits of a government’s capacity to impede transactions on decentralized platforms, as well as the constraints of such systems’ ability to evade such sanctions.

Notably, the Ontario Securities Commission (OSC) recently demanded crypto exchanges not to promote self-custodial wallets. Furthermore, the Ontario Superior Court of Justice, in its efforts to derail the flow of funds to the demonstrators, sent Nunchuk a self-custodial Bitcoin wallet, a Mareva Injunction, ordering it to freeze and disclose information about the assets involved in the Freedom Convoy 2022 campaign.

It’s worth mentioning that the authorities do not have the ability to prohibit transactions on Bitcoin and other comparable networks; however, they do have influence over the centralized exchanges that operate as entry and exit points for such networks.

Crypto on the move

A police order issued on February 16 in Canada directed that all financial institutions licensed to do business in the country cease enabling transactions for 34 wallets affiliated with protestors.

Some of the assets were then divided among unnamed parties that night before being transferred to centralized exchanges Coinbase and Crypto.com either directly or via a series of intermediate addresses.

Interestingly as the police hunt down the cryptocurrency moving through exchanges and non-custodial wallets, it has emerged that Ontario police officers have been named in the leaked list of donors to the ‘Freedom Convoy.’

While police were unable to put a stop to the protest in Canada’s capital city in early February, some officers were actively helping the truckers via financial contributions.

Indeed, among the almost 100,000 donors to the protest through the crowdfunding website GiveSendGo, 15 police personnel from the province’s three major police units were recognized as giving from $20 to $200 on or after February 5.