This week’s earnings announcement from the video game retailer GameStop (NYSE: GME) has put investors on edge, as the stock fell by more than 19% premarket at the time of publication on Thursday.

Shares of the Texas-based company plummeted more than 10% in after-hours trading on Wednesday, marking the fifth straight day of declines following mixed quarterly results, despite revenues exceeding forecasts and being 25% higher than the previous year.

Whatsmore, Q2 GAAP earnings per share came in at -$0.85, an increase over the first quarter, with each of the company’s three primary divisions (hardware, software, and collectibles) exceeding forecasts.

GME has been trading in a range of $150.78 – $231.44 for the past month; traders may find some resistance above as it is currently trading in the middle of this range.

Additionally, the first support zone at $198.79 is formed by multiple trend lines in various time frames, whereas support is also seen at $153.70 from a trend line in the daily time frame. On the other hand, a resistance zone ranging from $204.96 to $206.43 is found across multiple time frames.

Indeed, GME exhibits a nice and regular trend of rising prices; although the total results are impressive, they are largely due to a big move in January. After a big short squeeze in January, Reddit’s WallStreetBets traders drove the stock up 950% year-to-date and retail traders continue to flock to GME several months after the incident.

Although the chart shows a potentially dangerous triple top, made up of the shares’ peaks in February, March, and June, the bears haven’t been able to knock them down to their pre-hype levels. Even the higher lows that have been developing since February bode favorably for the remainder of the year.

However, according to 5 Wall Street analysts’ 12-month price predictions for GameStop in the previous three months, the average price goal is $88.33, with a high estimate of $190 and a low of $25 expected. The average price forecast reflects a 55.57% downside over the previous price of $198.80.

Furthermore, based on the price projections of 5 TipRanks experts’ stock recommendations for GME over the previous three months, notably none recommends ‘Buy,’ two favor to ‘Hold,’ and three advocate ‘Sell.’ Based on their recommendations, the consensus rating for GameStop stock is a ‘moderate sell,’ with a 55.57% downside.

Shareholders were made aware of the company’s long-term growth goals, such as expanding their product catalog, strengthening fulfillment capabilities, and improving talent. After the quarter, GameStop’s $1.8 billion in cash will go a long way toward helping their initiatives pay dividends.

Nevertheless, after Ryan Cohen joined the board in January and became chairman in June, GameStop underwent a C-suite reshuffle. Cohen, also known as “Papa Cohen” among the “meme” community, has stated he’s not yet ready to share the specifics about his strategy as there was no analyst question and answer period on Wednesday’s earnings call, as there was for the previous two quarters.

Cohen remarked at the company’s annual meeting in June: “We are trying to do something that nobody in the retail space has ever done,”

Ultimately, it has been almost eight months since the short squeeze, and the shares haven’t dipped on the reduced volume like many other short squeeze stocks in the past have tended to do. While the S&P Dow Jones Indices committee will make a judgment on GameStop’s return to the S&P 500 index by year-end, a step that would validate its development as a respectable stock following the short squeeze. 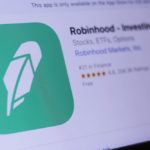