GameStop (NYSE: GME) stock price has been making big price swings over the last month as bulls believe the gaming retailer is likely to improve its performance after the Microsoft deal. The easing of social distancing policies and reopening of stores added to investors’ confidence.

GameStop stock price rose almost 44% in a single trading session last week after the retailer announced a new strategy and enterprise partnership with Microsoft. The shares of the gaming company soared almost 60% in the last month alone.

The deal would expand its revenue base to the gamer level in days ahead, Jefferies analyst said. The company generates the majority of revenue from products and content at present.

Microsoft will standardize GameStop operations on its cloud solutions, according to the agreement. The gaming company claims that the deal would improve its product offerings through both digital and physical channels along with enhancing its infrastructure technology. 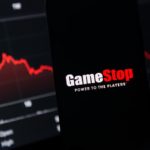 Q4 outlook for GameStop stock (GME) – what to expect? 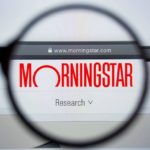 The shares of GameStop fell more than 10% on Friday and extended the downside in Monday trading as bears have strongly criticized the deal between the two companies. They have also raised questions over the GameStop’s revenue growth potential.

For instance, Credit Suisse says that the long-term implications for GameStop are not bright.

“The profit share helps but may not be incremental versus lost sales/profit from the shift to digital. And, more digital also still means less preowned [games], the largest profit and loyalty driver [for GameStop],” Credit Suisse analyst Seth Sigman said.

GameStop stock price fell below the $12 level on Monday after hitting the $14.80 mark for the first time since early last year. GameStop shares are up 140% in the last twelve months, but the stock is still down almost 70% in the past five years.

GameStop has generated a 27% drop in the latest quarterly revenue from the past year period while its losses are also mounting. Wall Street analysts expect its third-quarter revenue in the range of $1 billion with a loss of $0.85 per share. 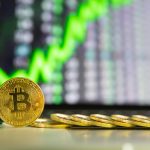