A notable consumer pullback is cropping up in ocean shipping, as evidenced by the constantly falling shipping rates across the world. The Shanghai Containerised Freight Index (SCFI) hit 1,922.95 points on September 30, a significant drop from its all-time highs of 5,051 points in January of this year.

In this line, Genco Shipping (NYSE: GNK) CEO John Wobensmith claimed that his company is seeing positive signs out of China despite the fall in rates during his interview on October 3 with CNBC’s Squawk on the Street.

“What we’ve seen on the dry bulk side is actually a winding down of congestion, particularly in China and the rest of the world. As Covid restrictions that were put in place and weighed heavily on the industry in 2021 have eased. <…> And China is now coming to an end, we hope, of their on-again, off-again, Covid lockdowns, so we’re starting to see recovery on the demand side, and we’re starting to see port congestion wind up again.”

Wobensmith is not so worried about China

Unlike his competitors, Wobensmith is not as worried about China, especially about troubles brewing in China’s real estate markets.

“No, not as worried. And the real estate market obviously has put a damper on iron ore imports. We’re starting to see that turnaround. If you look at steel production in China, it hit a low in July, about 75% utilization, and now we’re up close to 90%. So I would say that we’re seeing green shoots in China.”

According to Wobensmith, China was the country that led to a recovery in the world after the 2008 financial crisis and the first hit markets saw during Covid lockdowns, and helped the world out of the recession.

Finally, Genco’s CEO considers the current shipping rates healthy, so much so that it helped his company pay off 60% of its debt and put in a dividend policy for shareholders. Additionally, the expectations are that the 2023 recovery will be led by China, their real estate market, and their infrastructure spending. 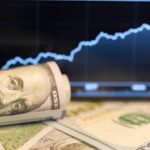