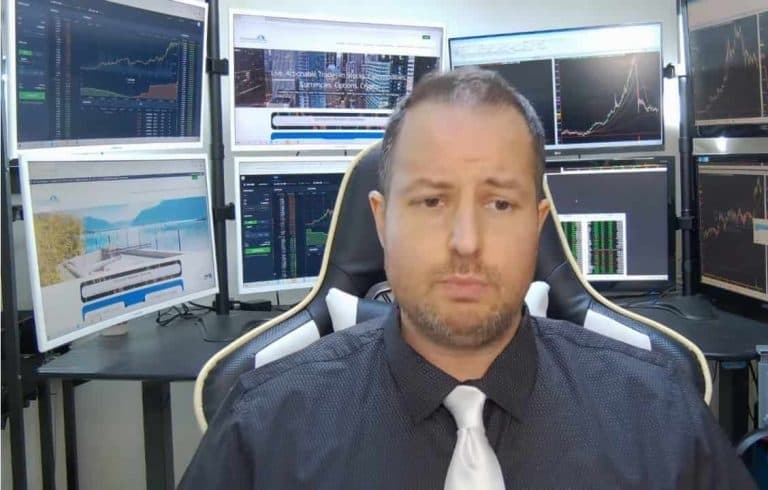 Gareth Soloway, the chief market strategist at market technical guidance platform InTheMoneyStocks.com has projected gold will outperform both Bitcoin and the stock market in 2022.

Speaking to Kitco News, Soloway stated that gold might hit the price target of $3,000 mainly fuelled by the rising inflation numbers and a potential surge in interest rates.

According to Soloway, inflation figures will unlikely go back to the 2% level, an environment that will promote gold’s status as a hedge against inflation.

“I am bullish on gold. I think gold is going to be the biggest performer in 2022 and you could see this beautiful wedge pattern forming right here on the charts. My guess is we’re going to break out to the upside and you should see a move up in the very least back to the highs from 2020. I think even a potential $3,000 price target on gold. Ultimately you have to look at the inflation numbers because it’s not going back to the 2% level. The fed will taper, but ultimately people will rotate into gold,” said Soloway.

‘Bitcoin to be bearish in six months’

At the same time, Soloway said that despite Bitcoin being the biggest performer in 2021, he expects the cryptocurrency to be bearish in the next six months. With the ongoing volatility, Soloway expects Bitcoin to top $54,000 within the next three weeks.

Interestingly, he noted that based on historical price movement, Bitcoin might drop to about $30,000 or even $20,000 in 2022 before breaking out again.

His sentiments come as Bitcoin’s price surged to trade at $51,100 by press time. As per our earlier report, following the surge, the stock has recorded an inflow of over $120 billion.

At the same time, Soloway noted that there might be a possible flash crash like the one experienced in March 2020 amid the coronavirus pandemic. However, he stated that as the tapering continues, it will be interesting to see how the market reacts because investors are used to support from the Federal Reserve.