The economy seems to be on a tough path; however, the top brass on Wall Street is divided on how serious it can get. Namely, CEO of JPMorgan (NYSE: JPM) Jamie Dimon referred to a tight rope the Federal Reserve (Fed) had to walk to tamper inflation, warning of a possible ‘economic hurricane’.

Further, on June 23, Governor Michelle W. Bowman spoke at an Executive officers conference of the Bankers Association on the outlook for inflation and monetary policy. She summed up the macroeconomic crisis the world is facing with inflation, rising prices of goods, and the effects the war in Ukraine is having on the world.

“Inflation is the highest we have seen in the United States in 40 years, and so far, it shows little sign of moderating. At the same time, the economy is growing at a moderate pace, and the labor market is extremely tight, as indicated by a variety of measures including reports of many employers unable to find workers despite significantly raising wages.”

“Inflation is also a burden for businesses that must somehow balance unpredictable costs while setting prices that aren’t so high that they discourage customers from purchasing. Inflation that continues at these levels is a threat to sustained employment growth and to the overall health of the economy.”

Consumers more often than not take into consideration future inflation possibilities before deciding to spend their hard-earned money. Near-term worries around inflation are tied to the current inflationary pressures; however, a rise in long-term inflation expectations can signal a lack of confidence in the Fed to solve the inflationary challenges.

In the short-term, one positive development is that the labor market seems to be stronger than expected, with the U.S. economy adding jobs at a pace of 400,000 per month in the past three months. Meanwhile, wages have not kept pace with inflation, which is reflected in the lower spending power of the consumers, especially in the housing sector, which is softening and ability to buy energy.

“Today, most people who want to work can find a job, and wages and salaries have risen faster than they have in decades. Even with these gains, wages have not kept pace with inflation, which has made it much more difficult for many workers to make ends meet in the face of soaring housing, energy, and food costs.”

Finally, the joint approach by the bankers, the Fed, and the government of the U.S. could yield positive results to taper inflation and the pressures it creates. Similarly, short-term volatility in the energy markets will likely continue until more concrete steps have been taken and until inflation starts to markedly move lower. 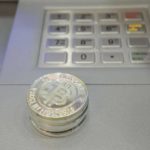