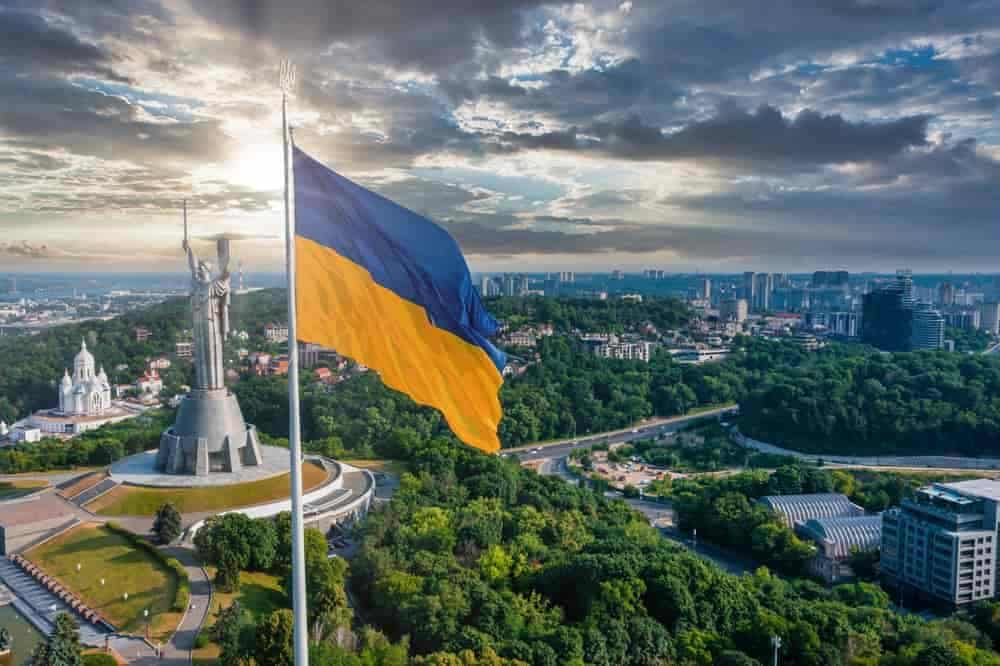 Disclaimer: This OP-ED article expresses the opinion of an author and is not affiliated with the publication’s editorial board.

Key moments to watch in the battle for Ukraine

While everyone is focused on the imminent assault on Kyiv, another key Ukrainian city is still relatively calm. The port of Odesa is situated on the Black Sea close to Moldova. If Russia’s president Putin has a minimalistic goal of occupation, it has to include Odessa. He mentioned the city in his speech on February 21, 2022, before recognizing the puppet states of the Donbas region and starting his “special operation”.

The port is strategically important to both Ukraine and Russia. For Ukraine, it is the only port city left after Russians surrounded Mariupol’ and took over Berdyans’k on the Azov Sea, while they are also on the verge of taking over other Black Sea ports of Kherson and Mykolaiv.

For Russians, Odessa is a historical city with close ties to Russia, as well as a bridge to connect with Moldova’s breakaway region of Transnistria that is controlled by Russian speaking population. It would also complete imaginative Novorossiya (New Russia) region. Therefore, it is very unlikely that the active phase of the war would end before the battle of Odessa takes place.

Currently, the city is anticipating the landing of Russian troops from the sea, aided by paratroopers and land forces sometime after the capture of Mykolaiv to the Northeast.

The fight might be fierce as a certain part of the population is sympathizing with Russia on the one hand, but on the other hand, it is much closer to the international border and for that reason, it is much easier to supply the defending forces with western weapons. Much would depend on the stance of Moldova.

The battle for Kyiv is very significant for the outcome of the war. It is a capital city, the center of Ukraine’s political and military command. If the city fell, the center would shift to Lviv and the whole war would likely turn into East-West front vs. current four fronts.

Ukrainian forces and citizens most likely would not retreat and defend the city ferociously. Street fighting would be prolonged in the city of 3 million people with a risk of massive destruction comparable to World War II. It even might turn into Ukraine’s “Stalingrad”, just with Russians being in the role of aggressors and Ukrainians fighting for their homeland.

Currently, the Russian army is trying to encircle Kyiv in order to prevent Western military assistance to reach the city. Given the horrific and long-lasting consequences of the battle, if Russian forces would fail to surround the city, there might be a slim chance for serious negotiations to take place as Kyiv might be in the “medium” goals in the Russian occupation plans.

Time is on the side of Ukrainians. For Ukraine not losing is winning, for Russia not moving forward is losing. Because with each hour and day sanctions hurt Russia’s economy, every dead or injured or captured Russian solder makes ripple effect somewhere in Russia. Those ripples would coalesce into tremors that would start shaking Russian society.

Moreover, the war requires immense resources. There is not much that Russia can gain in the short term from occupied territories. The grain yields might be very low given constraints of war, manufacturing base damaged, likely destroyed, or looted.  Resources would be drained to secure and support not only occupied areas but also to control Russian society back home.

Lastly, the “maximum” plan to occupy the whole of Ukraine would lead to months of fighting, insurgency in occupied territories and increasing danger to Putin’s regime as the war would turn increasingly unpopular among Russians, as people and army seem to be not particularly enthusiastic about the “operation” from the start.

The Russian population is not well informed about the war, even before the invasion most people would give a very low probability of war happening (only 8% expected the war would happen in 2022). People who have all kinds of grievances against Putin’s regime might unite if a majority of the population sees it as Putin’s mistake. Thus, in the last couple of days, Moscow has tightened its grip on the information available to Russians.

On the other side, modern weapons and, likely, volunteers would poor into western Ukraine leading to Russia using more air power instead of ground close contact troops. Similar to what happened in Vietnam War. Besides horrific destruction to Ukrainian cities, this could lead to some kind of stalemate. But as mentioned before, that is not a particularly good situation for Russia as casualties and cost of war are perceived differently in Ukraine compared to Russia. In that case, it is hard to imagine Ukraine giving up large swaths of its territory without trying to take them back.

If Russia would find itself on the retreat and the western-backed Ukrainian army would be enclosing on Crimea, the odds of a nuclear strike would start rising, although it would still be very unlikely. The main reason might be that anyone (a leader or a general etc) who dares to use nuclear weapons would be immediately a legitimate target for elimination for a greater good which is to save the planet itself.

Unfortunately, at this time it is very hard to imagine a peace accord between the two sides. Neither side is in a situation where they would be ready to make significant compromises.

Effects of war on the global economy

Russia’s economy is heavily dependent on fossil fuels, which account for about 60% of the country’s exports. It is the world’s largest exporter of natural gas. Russia was also the world’s third-largest oil producer in 2020, producing 10.5 million barrels of oil a day, or 11% of the world’s total, according to the U.S. Energy Information Agency.

It is obvious that Putin used his export revenue to boost his military capabilities and grow the so-called “war chest” rather than significantly investing in the wellbeing of the Russian people. Russia had about $643 billion in international reserves as of mid-February, according to the Bank of Russia figures.

To materially cripple Moscow’s ability to wage a war would mean to stop buying its energy, first of all, oil and gas as well as coal. As the world is already fighting global climate change, it might force many western governments to double down on green energy. Particularly in Europe, where the war is taking place and dependence on Russian energy is rather an uncomfortable fact. An added “Russia risk” argument bodes well for green policies in the region.

Therefore, the war in Ukraine historically might be seen as the final push for western countries, mainly Europe, to get rid itself of dependency on fossil fuels. And in a decade or so consequences would be felt in all of OPEC members.

The other indirect consequence of the war, perhaps less visible, could be cementing Asia’s position as the world trade center. As China stands neutral in the conflict, it is most likely to continue to trade with Russian Federation as well as with European Union and the United States. It will consolidate its position as a major buyer of Russian resources and exporter of manufactured goods back to Russia as well as a trading hub.

In the meantime, the importance of the Vladivostok port for Russia is growing by the day. If the war in Europe escalates, Russian Baltic ports might be blocked for cargo ships somewhere near Denmark as well as Turkey’s Bosporus Strait which serves as gates to the Black Sea.

Just as the Russian invasion of Ukraine was unfolding, cryptocurrencies initially fell but soon swung decisively upwards. The market thinking might be that Russia is going to try to dodge the massive financial sanctions Western and some Asian countries (including Japan, S. Korea, and Singapore) imposed.

At this time there is no official information about such intentions by Russia. If Moscow were to use cryptocurrencies as an alternative way of payments, it would force Western governments to take a close look at how to regulate alternative currencies or, in some cases, perhaps, outright ban them.

As the saying goes what doesn’t kill you makes you stronger. If the war in Ukraine won’t kill cryptocurrencies, the cryptosystem by far and large would emerge much more mature.

The longer the war rages in Ukraine the harder it is to predict its consequences. But it is safe to assume that a long war would have a large impact on geopolitical and socio-economic situation far beyond Europe.

As we can see, the war in Ukraine might change our world in unexpected ways. Currently, the world is focused on security risks. Looking from a geopolitical perspective, if democratic Ukraine were to withstand and survive Putin’s assault, regime change in Russia is likely, together would fall self-proclaimed president of Belarus A. Lukashenko. EU would eventually expand eastward and some kind of partnership agreement with Russia would be a natural continuation of that process.

In the case Russia totally absorbs Ukraine, the picture is much bleaker. The Russian Federation is likely to put pressure on neighboring countries every time it feels offended, iron curtain to fall once again on Europe. Putin would feel threatened by his own oligarchs who would oppose Russia’s almost total isolation.

This would push Russia further into a North Korean-style regime, especially as the non-renewable energy loses its steam. This would make Russia’s façade look strong but economically weak and technologically lagging from the West and Asia, akin to the Soviet Union.

Many smaller countries would rush to produce nuclear weapons for defensive or offensive reasons. Russia would become much more aligned with Asia than Europe, hence shifting the world trade center to Asia.

Changes in Europe will be profound. In both cases, Europe’s economy would accelerate the transition to sustainable energy sources. Germany will rapidly emerge as a regional military power to hold off potential threats to the EU even in the absence of US support. Japan will follow in Germany’s footsteps and invest heavily in its defense.

But above all of this, a long and bloody war in Ukraine will bring shame to the Russian people comparable only to the moral burden carried by Germans and Japanese as well as leave long-lasting scars in Ukraine.