Given the worsening circumstances of the world’s financial markets and economic inflation as a consequence of impeded supply chains, investors have increasingly become concerned as to which markets are best for their capital.

The most recent data from Eurekahedge With Intelligence for the month of May indicates that managers of hedge funds saw a loss of 0.72% in April. Despite this, hedge fund managers outperformed the tech-heavy NASDAQ and the S&P 500 by 12.54% and 8.08%, respectively, according to a report Institutional Asset Manager on May 24.

Over the first four months of 2022, global hedge funds had a net investor withdrawal of $50 billion, which was largely offset by an increase in performance-based assets of $6.9 billion.

Supported by robust corporate profits in the area and the slightly less aggressive ECB monetary policy position than was predicted by the market, European stocks posted lesser losses compared to their US counterparts.

As of the end of April 2022, the return on investment for European hedge funds was 4.49% lower than it had been at the beginning of the year. However, almost forty percent of these funds had maintained a positive performance during the first four months of the year.

During the first four months of 2022, the Eurekahedge Multi-Strategy Hedge Fund Index has returned a negative 0.49% year-to-date. Amidst the increased market volatility, multi-strategy hedge funds were the most steady in terms of their asset flow.

Crypto hedge fund down in 2022

The return on investment for fund managers whose primary emphasis is cryptocurrency, as measured by the Eurekahedge Crypto-Currency Hedge Fund Index, decreased by 12.87% in April, bringing their total return for the year to date to -20.28%. The volatility in the market has also had an effect on the market for cryptocurrencies, just as it has on other types of risk assets.

Large size hedge funds’ ability to diversify their assets has benefited as they have outperformed their smaller counterparts, with billion-dollar large-scale hedge funds returning 0.18 and -0.07 in April respectively. 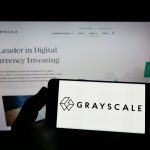