Since its humble beginnings in 2009, Bitcoin (BTC) has transformed the financial world (and far beyond it) as we know it, introducing an entirely novel asset class as a valid alternative to traditional money.

That said, the mainstream media during Bitcoin’s early years had a variety of interesting titles and differing views on this new form of money, ranging from optimistic to highly negative and cynical, predicting the flagship digital asset’s ultimate downfall.

Finbold has sourced what the writers at some of the leading media outlets had to say about the asset in its initial years.

An article by Forbes’s Tim Worstall from June 20, 2011, titled ‘So, That’s the End of Bitcoin Then,’ commented on the asset’s future in the light of certain attacks on crypto exchanges (i.e. Mt Gox) and price drops at the time, stating that.

“Bitcoins aren’t secure, as both the recent theft and this password problem show. They’re not liquid, nor a store of value, as the price collapse shows and if they’re none of those things then they’ll not be a great medium of exchange either as who would want to accept them?… It’s difficult to see what the currency has going for it.”

In Worstall’s view, Bitcoin does have anonymity going for it, “but then so do copper sheets to cowrie shells via butter, salt, gold, silver and even pieces of paper with Dead Presidents on them.”

Elsewhere, Wired’s Benjamin Wallace expressed the same level of pessimism over the asset in his November 23, 2011, piece called ‘The Rise and Fall of Bitcoin’.

In it, he cited specialists from different industries who called the cryptocurrency a pyramid scheme that encourages hoarding:

“Beyond the most hardcore users, skepticism has only increased. Nobel Prize-winning economist Paul Krugman wrote that the currency’s tendency to fluctuate has encouraged hoarding. Stefan Brands, a former ecash consultant and digital currency pioneer, calls bitcoin “clever” and is loath to bash it but believes it’s fundamentally structured like “a pyramid scheme” that rewards early adopters.”

Wallace stated that Bitcoin was a troubling concept, due to “its dependence on unregulated, centralized exchanges and online wallets” and most of its mining being “concentrated in a handful of huge mining pools, which theoretically could hijack the entire network if they worked in concert.”

Finally, Adrian Covert of Gizmodo, on August 9, 2011, wrote in his piece ‘The Bitcoin is Dying. Whatever.’ that the rise of Bitcoin “has been amusing as it has been interesting”, but “the honeymoon is over and Bitcoin is falling. Fast.”:

“So Bitcoin, we’ll remember the good times, like the time that one guy who got heat stroke while mining Bitcoins. Or the time there was the great heist caper that shut down trading site Mt Gox for an entire day. The lulz were abundant. But frankly, it’s time for you to go. Farewell.”

According to Covert, Bitcoin’s main problems were a large amount of computer power needed for mining and having “no fundamental value.”

Despite some occasional hiccups, Bitcoin has gone a long way since those early, media-pessimistic days. Indeed, from being valued at less than one cent per unit in 2009, to over $110 in May 2013, Bitcoin skyrocketed to $64,000 in the first half of 2021.

At press time, Bitcoin is trading over $31,000 and has a market cap of $598.44 billion, according to CoinMarketCap data – proving many of the mainstream media wrong in their predictions of its total demise. 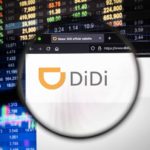