Michael Saylor is a well-known proponent of Bitcoin (BTC), and one of his primary reasons in support of the flagship digital currency is that he believes it is a critical hedge against the dangers of inflation.

Speaking with Bloomberg Technology, the MicroStrategy Chairman and CEO shared his thoughts on why he believes BTC is a viable solution to inflation, the potential of wider Bitcoin adoption, and what Twitter under Elon Musk may imply for the cryptocurrency community.

It was noted Bitcoin has been trading in a narrow range for quite some time and the fact that it is not really moving on from the $40,000 price bracket. According to Saylor, it is all a question of perspective in terms of the timeframe.

“If you go back two years when MicroStrategy first bought in, it’s up to 400% and has dramatically outperformed the Nasdaq or gold or any other asset you could have bought. If you are looking at it in a matter of days or weeks or months, the traders control it,” he said.

Saylor pointed out that there are three types of investors in Bitcoin, traders, technocrats, and maximalists.

“The maximalist’s are all in. Myself, Jack Dorsey, we think Bitcoin is an instrument of economic empowerment. <..> The market price is set by a tug-of-war between the technocrats – the people who are pro-technology and think it is the next big tech network like Google or Amazon for money, and the traders, who are looking at and uncorrelated asset.”

Furthermore, Saylor and Emily Chang also discussed when Bitcoin could break the correlation with risk assets.

The CEO opined that being a maximalist or a tech investor would be more advantageous in the long run. However, he believes that traders will continue to have a dominant position in the market as long as there is a highly turbulent market, uncertainty about Fed policy, and panic in the short term.

With that being said, he revealed that Bitcoin will break the correlation sometime in the next four years but couldn’t be specific on the date.

It will happen “on a day that is unexpected, the correlation will go from 70% correlated to 0% risk assets. And when that happens, traders will reverse the polarity of their trade and technologists will start to double down and the maximalists will enjoy the ride.” 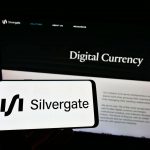