As the Ukraine conflict continues to exacerbate the prospect of uncontrolled inflation, which is already out of control and having an influence on the costs of oil, energy, food, and everything in between, investors are seeking a hedge in such a downturn to protect their investments and capital.

Author of the personal finance book ‘Rich Dad, Poor Dad‘ Robert Kiyosaki, outlined on Twitter on April 16 the implications of hyperinflation and the impending depression it would produce on the U.S. economy on top of what he recommends investing in to help weather the storm.

Kiyosaki has been warning about a ‘crash and depression’ coming with the dangers of inflation for quite some time now, forecasting that uncontrolled inflation was accelerating as a bubble was rising, including in the stock market as a result of the Federal Reserve’s continued printing of money in the economy.

Making an analogy between the bubble in the economy and the Wile E. Coyote moment – the moment when the cartoon character, who has run off a cliff, looks down and realizes that he’s standing on thin air – and plunges.

Notably, this is not the first time the multi-millionaire businessman has recommended people to invest in commodities such as gold, silver, and Bitcoin in order to protect themselves against inflation since the US currency is ‘about to implode.’

Indeed, with the United States and other countries worldwide are experiencing record levels of inflation not seen for decades, financial experts are considering what measures they might put in place as a hedge against inflation.

The investor, along with Trends Research Institute’s founder and director Gerald Celente, had previously discussed the trends to look out for in 2022.

Meanwhile, the ‘Rich Dad, Poor Dad’ author is also interested in cryptocurrencies such as Ethereum and Solana.

Kiyosaki fears inflation could wipe out 50% of U.S. population

It’s worth mentioning, that Kiyosaki warned rising inflation will ‘wipe out 50% of the U.S. population.’

“$40% of Americans don’t have a $1,000. So when inflation goes up we’re going to wipe out 50% of the U.S. population. <..> 40% of Americans have nothing, inflation is going to make them very upset; a stock market crash will bring down the baby boomers, so we’re in serious, serious trouble.”

Finally, with the impacts of the economy taking shape on everyday people in a variety of ways, Mr. Kiyosaki believes that the parallels between what he predicted in his book the ‘Capitalist Manifesto’ and what is happening now under the present administration are becoming more apparent.

Given the ebbing tide of inflation and the low level of the stock market, Finbold has identified the Top 3 financial stocks to inflation-proof your portfolio against the current markets. 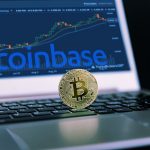