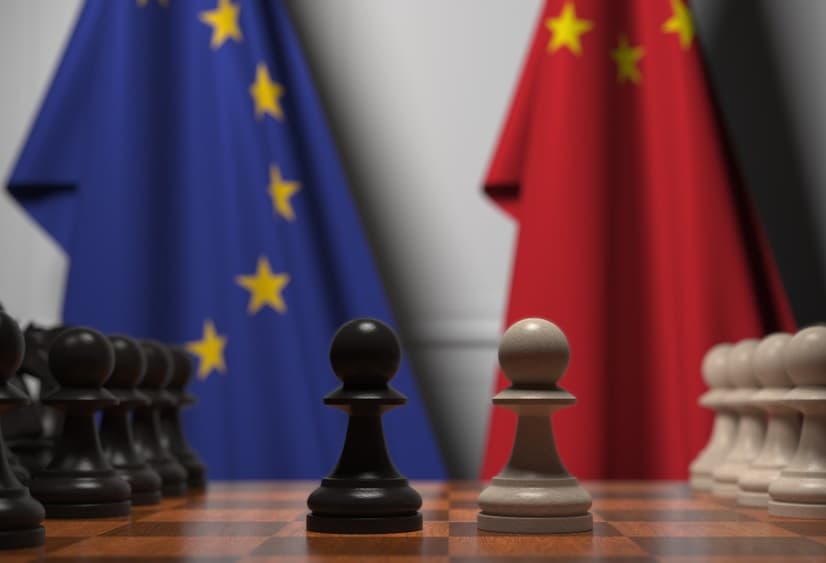 Joerg Wuttke, President of the European Union Chamber of Commerce in China suggests that Europe’s imports of Chinese goods are two times more important than Chinese exports are to the EU.

Speaking during an interview on CNBC, Wuttke claimed that China sells to Europe EUR 1.3 billion every day whereas EU companies shipping goods to China match EUR 600 million. Noting that China is impacted mightily by European markets as opposed to the EU being impacted by the Chinese imports.

“China needs European consumers, as their own consumption takes a hit. <…>Problem number one is the Omicron lockdown of Shanghai and Shenyang. Second is the increase in unemployment, coming out of the crack-down on the tech sector.”

“China needs Europe more than ever and European companies are struggling here not only with omicron but of course also the impact of the Ukrainian war higher material prices high energy prices transportation by rail from China to Europe is down so we are trying to get the message across that actually Ukraine matters to China.”

China’s economy on the brink of collapse like the U.S. in 2008; Here’s why Goldman Sachs and Rothschild & Co emerge as top M&A advisers for the power sector in H1 2022 Barclays slashes its Brent oil price forecast for 2022 and 2023 Recommended Products on Amazon

It seems then that the Russian aggression in Ukraine is not currently a focus for the Chinese government as opposed to the EU nations.

Apparently, China needs the EU now more than ever as a potential market for their goods. On the other hand, EU companies and markets are struggling due to the war in Ukraine. Higher costs of goods and rising energy prices as a result of the sanctions caused numerous issues in the EU markets.

There seems to be mounting pressure from the EU on China to support the sanctions on Russia imposed by the U.S. and their western allies. Provoking EU sanctions at this moment would be crippling to the Chinese economy.

Whether the EU and China decide down the line to be allies rather than competitors will most likely depend on the rhetoric coming out of Beijing. The regimes in China and Russia seem to be very close however economically China is still dependent on western countries.

How this complex situation plays out is difficult to predict right now. Keeping an eye on developments will help inform decisions by policymakers and the effect they will have on the markets.