As the adoption of cryptocurrencies around the world and across spheres of life continues, it becomes particularly noticeable in various purchases, including real estate transactions – using Bitcoin (BTC).

Recently, a property was sold for $65,000 in Bitcoin for the first time in the history of Louisville, the largest city in the U.S. state of Kentucky, according to a report from the local news platform Courier Journal on May 9.

The purchase of the two-bedroom house in the Louisville Iroquois neighborhood took only about eight seconds to complete and cost $0.70 in transaction costs to process. Ashely Brown, the real estate agent with Louisville Homepage Realty who sold the house has said:

“I told the buyer I didn’t know if [using Bitcoin to buy the home] was possible. (…) I wasn’t sure if it was legal.”

Brown said that the final purchasing price, after commission, recording fees, and titles fees paid in dollars, was “roughly 1 Bitcoin.” Considering the price of Bitcoin at press time, this means that the purchase was worth approximately $31,600.

The buyer, who was seeking to invest profits from the sale into Bitcoin by liquidating multiple properties, expressed their satisfaction over the sale, saying that:

“I’m happy that I can help try and bring this technology to the future. There’s so many uses for [Bitcoin], and I think we’re at the very, very early stages of it. It’ll be interesting to see where it goes.”

According to the report, the sale took place in February, up until which time the local officials had recorded no purchases of real estate using the cryptocurrency.

That said, this is far from being the first home purchase using Bitcoin around the world. As Finbold earlier reported, a property in Braga, Portugal was sold for 3 Bitcoin, with no conversion into euros taking place.

Interestingly, the purchase of properties continues to take place despite the price of the flagship DeFi asset continuing to drop. As things stand, BTC is down 3.83% on the day and 17.58% across the previous seven days. 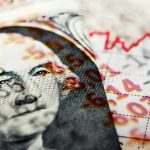 Economist who predicted 2008 financial crisis says 'U.S. economy is about to shut down'