Global cryptocurrency users have surpassed 280 million with India accounting for the highest figure, according to a recently published report by TripleA and updated on September 20, 2021.

The data shows that India currently has over 100 million digital currency users or 7.3% of the country’s population.

Elsewhere, the U.S. has 27.4 million crypto users, followed by Russia at 17.3 million, while Nigeria ranks fourth at 13 million. With 10.3 million users, Brazil lies in the fifth spot. Interestingly, the cumulative number of crypto users from the US, UK, and Russia (48.2 million) is still more than two times less compared to India.

At the same, the number of businesses accepting cryptocurrency as a form of payment has grown to over 18,000. The report identifies leading brands like Burger King, Expedia, and Rakuten that are now accepting crypto payments.

The report gathered the information from country-specific data from the 2020 Chainalysis Geography Report. The data cuts across over fifteen different surveys from national banks and financial institutions.

In general, the global adoption of cryptocurrencies has accelerated in 2021 amid increased investment among institutions, resulting in an increased interest in digital currencies.

At the same time, the economic impact of the pandemic pushed most people to adopt digital currencies as they are viewed as a cushion. With the devaluation of fiat currencies, cryptocurrencies are also emerging as a hedge and an alternative to gold.

Data from cryptocurrency exchanges noted that investors from the smaller towns are increasingly investing in Bitcoin and other digital currencies. The country also boasts of a young population that hopped onto cryptocurrencies, especially amid the economic turmoil resulting from the coronavirus pandemic.

India’s cryptocurrency space has grown in recent years despite the ambiguity in regulations and extreme volatility associated with digital currencies. However, the regulatory landscape within the country has been undergoing significant changes in recent months.

Recently, it was reported that the government is looking to tax cryptocurrency trades in the country. The cabinet is set to take up a bill on cryptocurrency while the country’s tax department is also reportedly favoring taxing every activity that creates revenue in the digital currency sector. 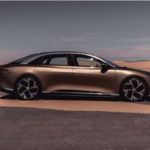