During the course of the last year, the process of regulating the use of cryptocurrencies in India has been a continuous affair; nevertheless, recent news emanating from an official source has suggested that some clear movement has been made.

Ajay Seth, India’s economic affairs secretary, told reporters on Monday, May 30 that inflation in the country should begin to drop in the next months and that the government is ready with its consultation paper on cryptocurrencies, according to a report by Reuters.

Seth stated that a worldwide agreement on cryptocurrencies was necessary and that India would examine the legislation of other nations before choosing how it would regulate.

Although the government promised in this year’s annual budget that it would impose a tax rate of 30% on profits produced via investments in cryptocurrencies, the nation has not yet given the measure the stature of a legally binding law.

Notably, just last week after the collapse of Terra (LUNA) and the stablecoin TerraUSD (UST), India’s central bank, the Reserve Bank of India (RBI), has issued a warning to its citizens against investing in the crypto market.

The Governor of the RBI, Shaktikanta Das, highlighted the recent decline in the value of the cryptocurrency market as well as the need for a regulatory framework around digital assets.

In the past, officials from the Ministry of Finance have been talking with the International Monetary Fund (IMF) and the World Bank on the issue of cryptocurrency law.

Nirmala Sitharaman, India’s Minister of Finance, said in April that the decision about whether or not to regulate cryptocurrencies would not be rushed. She emphasized that the government would take its time making the decision.

Finally, for the time being, there is now a 30%  tax rate on cryptocurrency earnings in India, and a tax deduction at source (TDS) of 1% will begin to be applied in July. 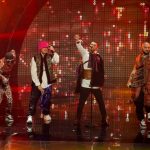