After emerging among the top meme cryptocurrencies over the past year, Shiba Inu’s (SHIB) fortunes are dwindling amid reduced interest in the token as it continues to battle massive price correction.

Although the general market is trading in the red zone, interest in SHIB is currently contrasting with 2021’s trajectory.

Data compiled by Finbold indicates that over the last 12 months, Google search queries entailing the keyword ‘Buy SHIB’ recorded a drop of 100% from a popularity score of 8 in 2021 to an all-time low of 0 as of June 2022.

The queries peaked towards the end of October 2021, at the height of the crypto bull run, with a popularity score of 100.

Notably, despite the fading global interest, some countries are still showing interest in the token, with U.S. investors leading with a peak popularity score of 100, followed by Cyprus at 81. Canada, Singapore and Australia also rank top, scoring 75, 71 and 64, respectively.

The fading interest in SHIB aligns with the token’s drop in value as cryptocurrencies continue to record a massive sell-off. Notably, SHIB recorded significant gains in 2021 to emerge among the best performing cryptocurrencies.

However, the token has taken a hit with current price movement partly contributed to the lower interest in meme coins. Overall, the value of SHIB has plunged by over 70% in 2022, and most holders of the assets are currently in losses.

Data provided by InTheBlock shows that 72% of the current SHIB holders are not making money, a key driver for lack of interest in the token.

Glimpses of the decline in hype around the meme coin emerged in early June this year after SHIB lost over 20,000 users in under a week.

Following the token’s rise in 2021, one of the criticisms has centred around lack of utility, with critics noting that SHIB’s future will be short-lived.

However, developers have moved to improve the network, and consequently, the crypto has increasingly earned crypto exchange listings alongside use cases like acting as a payment medium.

In contrast, most Americans are willing to offload several assets following the crypto market meltdown, with SHIB ranking top. Notably, Google Trends data indicated that investors in 19 U.S. wanted to get sell the token by utilising the ‘Sell SHIB’ keyword. 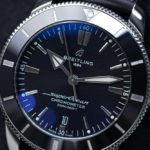