Meme cryptocurrency Shiba Inu (SHIB) is still reeling from the general crypto market volatility, with the coin losing a significant share of its holders in less than a week.

Notably, before the drop, SHIB holders have been steadily rising in correlation with the increasing network activity. The gains emerged despite the token trending downwards pattern for the better part of 2022.

The drop in holders comes after SHIB recorded a consistent decline in transactions amid a turbulent 2022. Between January 2022 and May 2022, the transaction on the network plunged by over 26%.

The sudden drop in holders comes just after the decentralized finance (DeFi) asset confirmed a new record number of holders. The abrupt loss in holders might indicate that the hype around meme coins could be fading once again, potentially due to limited utility.

In a bid to improve its prospects, the network has recorded a significant burn rate that spiked by 190% within 24 hours as of June 2.

After the fairytale rise in 2021, a section of the market has expressed bullishness for SHIB, with the token recording significant use cases like being utilized as a payment option. In fact, as reported by Finbold, a CoinMarketCap crypto community projected that SHIB would trade at an average price of $0.00002654 on June 30, 2022.

By press time, SHIB was trading at $0.0000106 following a slight increase in value by 0.6% over the last 24 hours. The token has lost almost 10% in the last seven days, aligning with the general cryptocurrency market volatility.

Despite maintaining its rank among the top cryptocurrencies, SHIB’s market capitalization has also taken a hit, plunging by at least 10% in the last seven days. 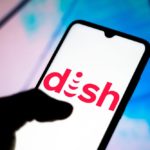