PayPal (NASDAQ: PYPL) announced on June 7 that its customers would now be able to move cryptocurrencies from their accounts to other wallets and exchanges in response to consumer demand for this functionality.

Despite the attention this put back on the company this week in terms of return on investment (ROI), the PYPL stock still finds itself being outperformed by Bitcoin (BTC), the flagship digital asset, which will be a part of its latest functionality.

According to data retrieved from Finbold’s Bitcoin ROI tool, Bitcoin’s last 12 months’ relative ROI outperforms PayPal’s ROI by 161.69% as of June 9. Interestingly, over the last five years, the difference is more pronounced with BTC outperforming PayPal by 555.87%.

It’s also worth mentioning that despite the current bearish market sentiment in the crypto sector, Bitcoin also outperforms PYPL over the last day and last week, respectively. With that being said, however, PayPal has performed better than Bitcoin in the last month and the previous three months.

Regarding the implementation of the new feature senior vice president and general manager of blockchain, crypto, and digital currencies at PayPal, Jose Fernandez da Ponte, stated:

“This feature was the most demanded from our users since we began offering the purchase of crypto on our platform.”

Customers of PayPal will be able to move supported currencies into PayPal, move cryptocurrency from the PayPal app to external cryptocurrency addresses like on crypto exchanges and hardware wallets, and send cryptocurrency to other PayPal users “in seconds” thanks to the addition of the new feature.

What is Bitcoin ROI

The Bitcoin ROI tool compares the return on investment of BTC to traditional assets with the percentage values highlighting how investment in the cryptocurrency outperforms other financial assets over a given particular time period.

As Bitcoin and the Nasdaq continue to show greater historical similarities, it will be intriguing to see how Bitcoin performs in comparison to conventional equities products such as PayPal in the years to come.

A link between Bitcoin and U.S. technology equities followed by the Nasdaq index should be called out specifically because of its significance.

Bitcoin’s higher returns may be at risk due to the cryptocurrency’s heightened volatility as well as its growing connection with conventional assets. It is also important to note that volatility has had the same effect on stocks and Bitcoin in recent months. 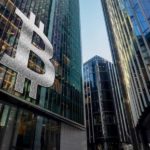