Bitcoin and its correlation with established asset classes have been explored for years by investors from a wide range of industries and backgrounds.

Interestingly, as the flagship digital asset has been subjected to a slew of downward pressure, with $280 billion in outflows from Bitcoin’s market capitalization since the beginning of 2022, its correlation with the S&P 500 has also reached a new all-time high.

Indeed, the founder and CEO of Quantum Economics Mati Greenspan revealed on May 10 that:

“Bitcoin correlation with the S&P 500 has reached a new frustrating all-time high.”

“Rolling 120d correlation between S&P 500 and #Bitcoin continues to surge [Past performance is no guarantee of future results].”

The ongoing debate over whether Bitcoin is a safe haven asset or a risky investment is likely to flare up as the cryptocurrency’s sensitivity to stock markets intensifies amid concerns that the Federal Reserve’s aggressive tightening plans may send the United States economy into recession, with some economists even warning ‘the U.S. economy is about to shut down.’

Some experts in conventional financial markets are beginning to believe that equities may be a reasonable hedge against inflation since corporations could potentially hike prices to safeguard profit margins.

With this change in emphasis, the stock market story is becoming more similar to that of Bitcoin, which has long been considered a possible hedge against rapidly increasing prices or a declining U.S. currency by many investors. Nevertheless,  the U.S. dollar index rose to its highest level in 20 years on Monday, May 9, despite the increasing inflation.

The correlation coefficient between Bitcoin and the S&P 500 is one of the highest values of the year so far. As a result, when the stock market rises, Bitcoin often follows suit, and the opposite is also likely the case.

Proponents of cryptocurrency have long suggested that, due to the fact that they are an idiosyncratic asset class, Bitcoin and other digital assets might serve as hedges against wild fluctuations in other parts of the financial market.

Ultimately, it appears that the concept is presently being challenged as more speculative sectors of the market come under pressure due to the recent rate hike. 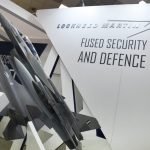