The projection is part of Invesco’s ‘10 improbable but possible outcomes for the 2022’ report that states that Bitcoin might plunge to below $30,000. According to Invesco, the price drop will be a culmination of Bitcoin’s series of bubbles that have occurred in the last two years.

The investment giant compared the projected Bitcoin bubble burst to the 1929 crash while suggesting that the recent mass marketing of the asset is losing momentum, considering that BTC has experienced heightened volatility in 2021.

“The template also suggests that bubbles typically deflate for a further two years. Hence, we think it is not too much of a stretch to imagine Bitcoin falling below $30,000 this year (with the health warning that we have got this wrong before and that it seems to be going through a series of bubbles),” Invesco said.

Last year, Invesco had predicted that Bitcoin would crash to $10,000, but the asset managed to surge in value, hitting an all-time high of almost $68,000.

By press time, Bitcoin was trading at $41,800, plunging almost 3% in the last 24 hours. On a year-to-date basis, the digital currency has declined by almost 10%.

Despite projecting a bleak future for Bitcoin, Invesco has continued to express its interest in cryptocurrencies by launching several related products. As reported by Finbold, Invesco launched two cryptocurrency-focused thematic exchange-traded funds (ETFs).

Besides Bitcoin’s price surge in 2021, the general cryptocurrency market also recorded growth, as highlighted by several metrics like job hirings in the industry. In this line, an analysis by Linkedin indicated that in 2021, job postings with terms “Bitcoin,” “Ethereum,” “blockchain,” and “cryptocurrency” surged 395% in the United States and outperformed the general tech sector.

In 2022, the focus on the cryptocurrency industry is also increasingly moving towards the regulatory aspect. Several jurisdictions are increasingly enacting laws to regulate the space.

The regulation debate featured in the ‘State of the World’ session at the World Economic Forum’s virtual Davos Agenda, where Indian Prime Minister Narendra Modi called for global cooperation and a common approach towards addressing challenges posed by cryptocurrencies. 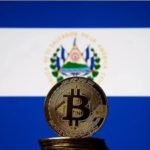