Speaking on Monday during the ‘State of the World’ session at the World Economic Forum’s virtual Davos Agenda, Modi noted that the challenges would likely persist if countries take a single approach towards managing cryptocurrencies.

“Today, with the change in the global order, the challenges we have been facing as a global family are also increasing. With the type of technology related to cryptocurrency, actions taken by any one country will not be sufficient to deal with the challenges posed by it. All the countries will need to have the same approach to it,” he said.

The Davos Agenda brings together world leaders to discuss several global economic challenges. Additionally, the event will be used to launch several initiatives aimed at accelerating net-zero emissions, cyber resilience, among others.

Modi’s sentiments come as India works towards establishing a cryptocurrency regulatory framework. The regulation debate follows the increased interest in cryptocurrencies, with India emerging as a critical market.

Amid the growth, Modi has stated that cryptocurrencies also pose a challenge to investors. As reported by Finbold, Modi warned that Bitcoin is a threat to younger generations calling for close supervision.

His warning came as young Indian’s from smaller cities continued to invest in cryptocurrencies like Bitcoin. Cryptocurrency exchanges operating in the country had cited that young investors prefer digital currencies instead of stock trading.

Furthermore, Indian policymakers have argued that if the cryptocurrency sector remains unregulated, it could hurt the macroeconomic and challenge its financial stability. After initially planning to ban digital assets, India’s government is considering legislation to regulate their use instead.

Previously, the Reserve Bank of India (RBI) had ordered banks to stop supporting crypto transactions, but a Supreme Court order reversed the decision in March 2020. Amid the uncertainty, RBI’s governor Shaktikanta Das has maintained that the institution has ‘serious and major’ concerns about the sector. 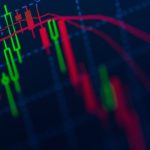