A cryptocurrency investor identified as Phillipe Christodoulou claims he lost about $600,000 in bitcoin stored on an app downloaded from the Apple App Store.

Christodoulou realized he had lost his life savings in March this year while attempting to check his bitcoin balance through a ‘Trezor’ branded app, the Washington Post reports.

After downloading the app and entering his crypto wallet credentials, Christodoulou says his bitcoins disappeared within seconds. It emerged that the app was fake from the original Trezor platform that produces crypto hardware wallets.

According to the victim, the app appeared legit as it mirrored the original Trezor’s branding color with above-average ratings.

After downloading the fake app, he plugged his Trezor hardware wallet into his computer and logged in to check his balance, but his bitcoin was gone.

He had stored 17.1 bitcoins worth $600,000 at the time. Based on bitcoin’s value of $58,870 at press time, the asset’s are worth slightly above $1 million. Christodoulou, however, managed to save 18.1 bitcoin after moving it to BlockFi, a bitcoin savings service.

Interestingly, Trezor, through a spokesperson identified as Kristyna Mazankova, indicates that the company has been notifying Apple and Google about fake apps posing as a Trezor product. Currently, the company does not have any mobile app but is working on one.

Blaming Apple for the loss

Christodoulou is now solely blaming Apple (NASDAQ: AAPL) for allowing the publication of a scammy application on its platform. He notes that the presence of such an app goes against Apple’s stand on App Store as a secure and trusted platform.

“They betrayed the trust that I had in them. Apple doesn’t deserve to get away with this,” said Christodoulou.

According to Apple, every app submission is keenly scanned and reviewed as part of enhancing user safety. The company, however, notes that scammers can submit legit apps for approval and later transform them into phishing apps.

For instance, the fake Trezor app was published on the App Store as a “cryptography” app. The unnamed developers indicated that the app encrypts iPhone files and store passwords while maintaining they are not involved in crypto.

Another victim James Fajcz claimed to have lost about $14,000 in bitcoin and ethereum through the Trezor branded app. He purchased the digital assets when the bitcoin bull run began in December last year.

The two victims’ claims are confirmed by Chainalysis, a commercial blockchain analysis firm. Investigations show that the digital assets moved to a suspicious account.

Experts from Confirm, a UK-based cryptocurrency regulation form, indicate that digital assets stolen by the fake Trezor app on iOS were worth $1.6 million.

With the cryptocurrency space growing in value, fake apps are emerging for download on Google Play and the Apple App Store. Although the host platforms can remove the apps, sometimes it is too late when people have already become victims.

Before downloading any app: 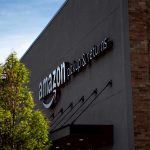