Former President Donald Trump has brought together some of his followers and detractors to purchase stock in his new firm in the hopes of scoring big gains.

Last week, millions of internet day traders, including Anthony Nguyen, 49, a Republican from Austin, Texas, who refused to vote for the former U.S. President last year, helped to push the value of the business that will house Trump’s new social media endeavor to over $12 billion.

Despite the fact that the app has not yet been released, even on a limited trial basis, Nguyen said that he invested because he wanted to make a fast profit, not because he believed in the company’s potential, as per a Reuters report.

“Is Trump’s social network going to work out? Probably not. But that doesn’t mean you can’t make money in the meantime,” Nguyen stated.

Notably, Trump Media & Technology Group, which plans to launch a social media network called TRUTH Social, announced on Wednesday that it would merge with Digital World Acquisition Corp (DWAC.O), a blank-check acquisition company. Shares of DWAC.O have gained 842 % since the announcement.

On Friday’s closing price of Digital World shares, Trump Media had a market capitalization of $8.2 billion, while the business that would be formed as a result of the merger would have a market cap of around $12 billion. Assuming that Digital World priced its shares at $10, as is common for special purpose acquisition companies (SPACs).

This week, a complete regulatory file will be released that will enable an exact estimate to be made. There is little information available to investors attempting to forecast where the SPAC’s shares will go next.

Trump Media delivered a presentation on its business strategy last week, which many of them thought to be extensive in their ambitions but devoid of financial specifics.

In contrast, there are those who believe the stock might rise even further, referring to Trump’s massive social media following before he was banned. In addition to his Twitter 89 million followers, he also had 33 million Facebook fans and 24.5 million Instagram followers, according to the presentation.

Largest SPAC of all time

It’s worth mentioning that the surge in Digital World shares is already the largest ever for a SPAC, which increases the chances of investors purchasing the stock when it is at its top.

A few months before the Trump media agreement was announced, SPACs had lost a lot of their shine among regular investors. The failure of the firms that combined with SPACs to deliver on their high financial expectations resulted in significant losses for many of these investors

In fact, the likelihood that Digital World and Trump Media will want to renegotiate the purchase to retain more of the new firm for themselves at the detriment of individual investors was cited by Jay Ritter, a capital markets expert at the University of Florida.

“The higher the stock price goes, the more downside risk there is for investors.”

Similarly, hedge fund manager Anthony Scaramucci believes that it is “obviously a meme stock” at the moment and argues that the stock’s hype is solely due to the fact that it is Trump’s SPAC. 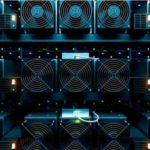