Shares of PayPal (NASDAQ: PYPL) extended their gains in yesterday’s session, July 21, marking the third day of gains for the firm, also the shares gained over 17% in the past five days. The increases that have been recorded over the previous three days may be attributable, at least in part, to speculation that the business may become the focus of activist investors.

Namely, according to Gordon Haskett’s Don Bilson, who noted on July 21, activists may look to enter PayPal as CEO Dan Schulman’s succession plan should be around the corner. The premise of activist participation revolves around activists looking to enter the stock now to dictate PayPal’s succession plan.

Activists funds that Bilson names include Elliot Management, DE Shaw, Politan Capital, and possibly Bill Ackman’s Pershing Square. While activists more often than not help companies pull through, especially struggling ones, PayPal seems to be profitable and not a typical target for activist involvement.

Year-to-date (YTD) PYPL is down over 57%, pulling down the stock to 27 times earnings, the lowest valuation since it went public. Meanwhile, over the last month, PYPL stock has been trading in the $67.58 to $84.13 range, while currently staying near the high of this range.

Moreover, analysts rate the shares a ‘strong buy,’ predicting that the price shares will change hands in 12 months will reach $114.39, 38.24% higher than the current trading price of $82.75.

In the end, a challenging e-commerce environment caused by supply chain issues and rising inflation may hurt PayPal in the short term as the company prepares to release its earnings on August 2nd. The return to pre-pandemic spending patterns is not just hurting e-commerce but PayPal flows so a more modest growth rate than the company announced could be expected.

PayPal stock may be poised for some short-term volatility, with a potential upswing in the event that results exceed expectations favorably. 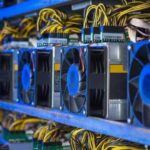